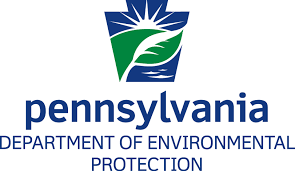 The owners of a shuttered hemp processing facility in Jeannette may resume limited operations under the terms of a Christmas Eve consent agreement with the state that calls for it to pay a $29,000 fine for air quality violations.

The Pennsylvania Department of Environmental Protection ordered Patriot Shield Pennsylvania to cease operations at its Thomas Avenue facility on Nov. 27, following an investigation of odor complaints at the plant. The new agreement permits the company to process and store hemp at the facility but prohibits hemp drying for now.

The Colorado-based company that owns the facility has faced a variety of complaints since it opened without an occupancy permit in September.

Jeannette officials first ordered it to cease operations Nov. 13, following a spate of odor complaints. The city briefly rescinded that order when company officials appeared poised to address the issue. The city issued a second order Nov. 24, ordering the company to obtain an occupancy permit.

This month, the U.S. Department of Labor launched an independent investigation into complaints that the company had not paid employees for weeks. The company employed as many as 200 workers shortly after it opened.

It’s unclear what the company plans to do. Patriot Shield Pennsylvania director Andrew Englund did not return calls seeking comment Thursday, and DEP spokeswoman Lauren Fraley said the company did not outline its plans for the facility.

Fraley, however, said drying operations are seasonal and are not anticipated to resume until September 2020. If the operator plans to conduct drying operations in 2020 and beyond, it must submit an application, including an odor-control plan, to DEP before March.

A common farm crop in the 18th and 19th centuries, industrial hemp cultivation was banned as a member of the cannabis family during the war on drugs. Cultivation was first permitted again on a limited basis in 2014 and legalized last year.

Farmers brought hemp to Patriot Shield to be dried into smokeable hemp flowers. That smoke smells like marijuana and delivers the purported health and relaxation benefits of cannabinoids, without the THC that gets the smoker high.

Patriot Shield’s consent agreement calls for it to meet additional monitoring and odor abatement requirements. The company also must conduct a technical study into technologies and equipment for ventilation and odor control for the facility and to apply to install such equipment as appropriate.

The consent agreement calls for Patriot Shield to make a $5,000 payment against its fine within 60 days and five additional payments of $4,000 at the end of each month for four months beginning March 31. The agency will waive the remaining $4,000 if all other payments are made on time.

DEP also warned that the operator will be subject to an escalating scale of stipulated penalties for future odor violations that start at $8,000 a day and can increase to as much as $25,000 for the fourth day of violation.