Jennifer Flanagan on Tuesday announced she is stepping down from her seat on the Massachusetts Cannabis Control Commission this month, ending a 25-year career of public service in the state.

“I really believe that working alongside the inaugural commissioners, former commissioners [Britte] McBride, [Kay] Doyle, [Shaleen] Title, and commissioner [Steven] Hoffman, was something interesting,” Flanagan said in a phone interview. “We literally walked in to day one with nothing but a chair and maybe a pencil. So having created what we did, from the ground up, was I think one of the greatest challenges that we had but also one of the bigger accomplishments that we had.”

When the inaugural commissioners started their work, they had a small office in Boston. Now, the CCC operates out of the historic Union Station in Worcester and has more than 70 employees.

“To know that we built that, I think, really, is something to be proud of,” Flanagan said.

Flanagan’s last day on the commission is April 30. She’s leaving to become the director of regulatory policy at Vicente Sederberg, a Boston law firm. The firm has clients in all of the states that have medical and adult-use cannabis programs, Flanagan said, so part of her new role will be an effort to implement thoughtful laws and regulations with states and municipalities across the country.
Read more at  https://www.masslive.com/cannabis/2021/04/jennifer-flanagan-announces-shes-stepping-down-from-massachusetts-cannabis-control-commission-ending-25-year-career-of-public-service.html 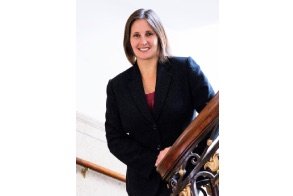