THE medicinal-cannabis company based at the former Tamba Park site has received a £14 million cash injection thanks to massive investor interest ahead of its listing on the London Stock Exchange.

Northern Leaf announced earlier this year that it was among a number of Jersey-based companies which had received a licence to grow and cultivate the crop in the Island. It has a 75,000sq-ft facility at Retreat Farm in St Mary built to do so, with a further 600,000sq-ft of land available for expansion.

It is believed that medicinal cannabis could be a highly lucrative sector for the Island, with Economic Development Minister Lyndon Farnham recently claiming it could become a ‘mainstay’ of the economy.

A statement released by Northern Leaf says that it was five times over-subscribed for its pre-initial public offering, which is a private round of fundraising before a company is publicly listed on a stock exchange.

The firm had aimed to raise £5 million through the move and accepted £14 million of investment.

‘The funds enable Northern Leaf to commence its commercial cannabis grow programme, for which it holds a licence granted by the Jersey government under the authority of the UK Home Office, to grow and sell medicinal cannabis,’ the statement says.

‘We have spent the last two years investing in our Jersey facilities, growing hemp, liaising with regulators and customers to focus our strategy to become a European-leading cannabis company in cultivation, extraction and production for medical markets,’ he said.

‘We are now fully funded to start the next phase of our growth and we will start planting in the coming months. With the additional funds raised, we are now also able to accelerate our investment into higher yielding extraction equipment and kickstart the rollout of phase two of our growth plan.’

Northern Leaf had already received £3 million of funding for its projects last year.

Last month it also emerged that the Toronto-based Jamaican Medicinal Cannabis Corporation had launched a venture with local producers Green Island Growers Ltd, who are based in St Lawrence. 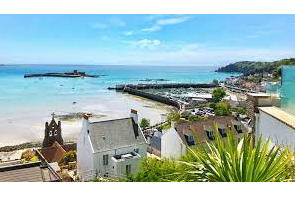