BOCA RATON, Fla., August 4, 2021 — Jushi Holdings Inc. (“Jushi” or the “Company”) (CSE: JUSH) (OTCQX: JUSHF), a vertically integrated, multi-state cannabis operator, announced the appointment of Brendon Lynch as the Company’s Executive Vice President of Retail Operations, reporting directly to Jushi Chief Executive Officer, Chairman and Founder Jim Cacioppo. Brendon Lynch brings decades of retail expertise to Jushi that he refined and developed while working with companies such as Anthropologie, Rudy’s Barbershop, TOMS, David Yurman and the Gap.  In his new role, Brendon will be responsible for leading Jushi’s retail strategies, including overseeing Jushi’s retail footprint in core markets as well as the introduction and expansion of delivery service.

“Brendon is a standout senior retail executive, who has a proven track record of building and transforming iconic consumer and service brands,” said Jushi Chief Executive Officer, Chairman and Founder Jim Cacioppo. “I am confident that his deep understanding of the buying experience, along with his ability to identify marketplace trends, will play a pivotal and foundational role in our continued success. I am excited to welcome Brendon to the team and look forward to working closely with him as we continue to redefine what a modern cannabis retail experience can be.”

“Wellness is a personal passion of mine and I understand how cannabis can change people’s lives for the better,” said Jushi Executive Vice President of Retail Operations Brendon Lynch. “The idea of being part of such an exceptional culture that Jim has built while working to set a new standard of the cannabis retail experience is very exciting to me. As we continue to expand our footprint in strategic markets across the country, I look forward to working closely with our retail and creative teams to bring a unique and differentiated modern retail experience to our customers — both in-store and online.”

In 1995, Brendon joined Anthropologie as it was getting ready to open its second store. First serving as Anthropologie’s Home Department Manager, Lynch helped lead the turnaround of underperforming stores, and went on to serve as the company’s first District Manager and Regional Manager. In 2006, Brendon was promoted to executive Director of Global Retail, and then to a Vice President-level position with expanded leadership accountability.

While serving Anthropologie for nearly two decades, Lynch helped build and scale a successful national commercial and service organization of more than 6,000 employees in the U.S. and U.K. Brendon also played an instrumental role in growing the company’s retail footprint from two to 175 stores, skillfully protecting the brand’s authenticity and pioneering new product and multiplatform service offerings, which had a multimillion-dollar impact on the company.

In his most recent role as CEO of Rudy’s Barbershop, a national chain of barbershops, he worked to reshape the organization’s culture, united fragmented teams, expanded store count, launched tech-enabled tools and architected the company’s first-ever product line, which more than doubled annual revenue.

Additionally, Brendon’s service contributions to local communities extends beyond his role as a senior executive. After visiting a LGBT Center in Los Angeles, he helped form a strategic partnership with Rudy’s and It Gets Better Project, a nonprofit organization with a mission to uplift, empower and connect lesbian, gay, bisexual, transgender, and queer youth around the globe. Through this partnership, Rudy’s was able to contribute more than 80,000 showers worth of shampoo, conditioner and body wash products to shelters focused on serving LGBTQIA+ homeless youth. 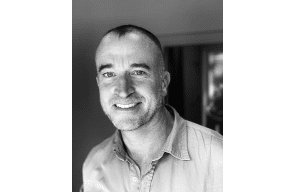