Every year, the IRS collects billions of dollars from cannabis business owners. If cannabis were federally legal and taxed, then federal tax revenue from cannabis commerce could rise to $18 billion a year. This significant speculative increase in federal tax revenue would be in spite of IRC Sec. 280E no longer applying to cannabis companies. Section 280E of the internal revenue code states that businesses “trafficking in controlled substances … prohibited by Federal law” may not deduct any expenses incurred in producing, distributing, and selling that product. The lack of the ability to deduct ordinary business expenses, wages, interest payments, etc. has made running a cannabis company three times more expensive and less profitable than any other form of business. The disallowance of deductions for cannabis companies increases their taxable income and increases the amount of federal income tax revenue received by the IRS.

Does the federal government need this cannabis revenue?

The United States Federal government has a trillion dollar federal operating budget; the federal tax revenue collected from cannabis companies is just a drop in that massive bucket. Most of the money collected through tax revenue is allocated to Social Security, Medicare, Medicaid, Defense and International Security. Although these are vital federal public services, most Americans are impacted more from the public services provided from the state and local communities.

The Federal government still runs the country’s budget at a deficit, while many states do not (cannot). And the entitlement programs reach an exorbitant number of citizens. But couldn’t the Federal government raise even more money by “repealing” 280E and imposing a tax on cannabis operations? This will also lessen the tax burden on cannabis operations.

Would cannabis tax revenue be better utilized by a state government?

In Washington, roughly 60% of cannabis tax revenue goes to public health; approximately $600 million dollars of cannabis tax revenue has gone to the Basic Health Plan Trust Account, which helps provide health insurance and facilities for low-income families. Other states like California and Illinois have earmarked funds to combat the effects that the “war on drugs” has disproportionately had on certain communities.

Recreational cannabis states have initiatives and programs that do great work with the cannabis tax dollars. But are the states doing enough with these resources to properly care for its residents? For instance, Washington may need to reconsider its earmarking of majority of cannabis tax revenue going to a single healthcare fund, as originally planned back in 2012. There may be a need to diversify the funds more in Washington with more allocations to social equity and the building of things tangible in communities. States need to assure that they are spending cannabis revenue properly and not let it go to waste.

Would the elimination of 280E create more profits for cannabis companies and less cannabis tax revenue?

More and more states are looking to circumvent Sec. 280E with legislative bills and laws that will allow cannabis companies to deduct business expenses on their state tax returns. A New York State Senator sponsored a bill this 2022 legislative session that seeks to amend state tax laws to state that “the provisions of 280E…shall not apply for the purposes of this chapter to the carrying on of any trade or business that is commercial cannabis activity by a licensee.” If passed, the change would provide significant tax savings for NY cannabis companies, but would increase the company’s federal taxable income. This in turn means less cannabis tax revenue for the states and more for the federal government. Unless the cannabis companies reinvest the tax savings back into the company, minimizing the company’s year-end profits.

Cannabis tax issues and questions need to be addressed for federal and state governments, local communities, and cannabis marketplace. As the sales of legal cannabis expand – within existing state markets and across new emerging markets – more tax dollars will be generated and allocated to some taxing authority or other. We need to ensure that we are doing what is best for the everyday American citizen with these tax dollars. The goal for the local, state, and federal government with cannabis tax revenue is to show the people tangible change that they can see, touch, or feel so that we all assured that the money is not going up in smoke.

Disclaimer: The contents of this blog is considered an advertisement under CA law. The information in this blog post (“post”) is provided for general informational purposes only, and may not reflect the current law in your jurisdiction. No information contained in this post should be construed as legal advice from Cultiva Law, PLLC or the individual author, nor is it intended to be a substitute for legal counsel on any subject matter. No reader of this post should act or refrain from acting on the basis of any information included in, or accessible through, this Post without seeking the appropriate legal or other professional advice on the particular facts and circumstances at issue from a lawyer licensed in the recipient’s state, country or other appropriate licensing jurisdiction. 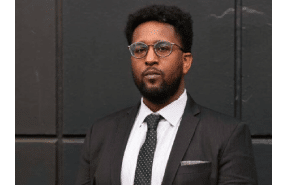