LA Times Report: “UCLA said its pot research was independent but hid that Big Cannabis was paying some of the bills”

Conflict of Interest rearing its head in university research of cannabis.  The LA Times has been looking into it.

When UCLA started its cannabis research initiative five years ago, the university hailed the undertaking as one of the first academic programs in the world dedicated to studying the health effects of pot.

Legalization was quickly taking hold around the country, and the cannabis industry was attempting to transform the plant’s image from an illicit substance that gets you high to a health and wellness product.

The Times asked UCLA officials whether the university accepted donations from the industry to support the program. They said no.

However, documents obtained by the newspaper, eventually released by UCLA under the California Public Records Act, show that cannabis companies and investors provided at least some of the early financial support, writing checks for tens of thousands of dollars in donations and assisting with fundraising events.

The industry support underscores potential conflicts of interest as pot goes mainstream and researchers try to assess the health and other effects of cannabis. A marijuana investor and foundations with ties to the newly legal cannabis industry have donated millions of dollars to university research programs studying claims of the plant’s medical virtues, raising questions about how independent the scientific research can be.

Harvard, the Massachusetts Institute of Technology and UC San Diego are among the schools that have accepted multimillion-dollar gifts in recent years.

At a New York fundraiser in 2019 hosted by members of the cannabis industry, the UCLA program’s executive director at the time appealed for donations, promising groundbreaking research into pot’s potential to treat a variety of serious diseases, according to a video of the event reviewed by The Times. He told the audience that the research would be crucial to ensuring that cannabis remain legal and available to future generations. 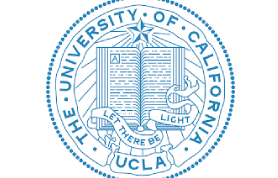