A Colorado CBD wholesale company is accused of dumping large amounts of ethanol into the ground outside a leased factory space and also into the sewer system at a temporary extraction facility surrounded by farmland in Rocky Ford, Co. 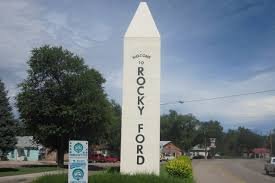 Additionally, Folium, run by Kashif Shan, is accused of theft of property and unjust enrichment for an alleged shady deal involving rent and building repairs. 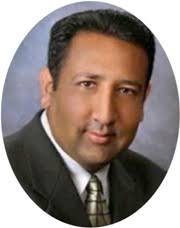 According to legal filings in another lawsuit against Folium, the Rocky Ford location was set up in the Fall of 2018 and used as an unlicensed extraction center after the Colorado Springs fire department started to issue temporary shut downs at Folium main head quarters in Colorado Springs.

The shutdown requests from Colorado Springs fire department were due to chemical use concerns and also an oven fire.

The Colorado Springs Fire Department even said they had asked for a warrant for Folium’s CEO Kashif Shan because the company was ignoring safety guidelines and violating CS Fire orders but they were unable find him to serve the warrant.

The building Folium rented previously operated as a dedicated USDA/FDA Ready to Eat meat processing plant whose prior corporate client moved to another state leaving the building empty for two years.

Folium rented only a portion of the inside of the buildings (not the outside land) for  a cost of around $11,000 a month.

Early into the lease the roof showed damage and Kashif Shan informed the landlord that he had a local Colorado Springs roofer, Peak View Roofing, who would  fix it for $175,000.  Shan said he would pay  Peak View Roofing directly for the repairs and then the landlord could pay him back via reduced rent over the next two years. The landlord agreed to these terms.

But a few months latter the landlord realized the roof repair had not been undertaken and after repeated requests Folium still refused to send him a bill or contract for the roofing work, supposedly completed.

Upon inspection the landlord learned that only a partial part of the roof had been repaired but it was not undertaken according to code with the proper sealing gel component. Folium kept giving the landlord the run around about when the roof repairs would be completed so eventually  he contacted Peak View Roofing only to find out they had only given Folium an estimate and had never been hired to do the work, according to the filed complaint.

Subsequently , according to the court documents, the  roof was never fixed correctly but Folium still kept paying less rent and is facing legal claims against them of unjust enrichment and promissory estoppel.

Folium also put up a chain link security fence around the property which made it more difficult for the landlord to get access, but a drive by of the property a year into the lease revealed that Folium was dumping  hemp waste from their extraction of biomass  directly onto ground surrounding the plant.

Typically, waste from extraction is placed in heavy trash bags and removed by trash collectors but Folium, apparently, figured they’d just let the detritus absorb into the earth.

It is also alleged in court documents that when a manger who worked for McKeefe was at the location in November 2019 he  saw a Folium employee pick up a handful of hemp byproduct waste from the pile in the yard and light a flame with a lighter, causing the hemp waste to immediately burst into flames.

Even thought Folium would attempt to get the ethanol out of the spent material, that was dumped outside, it still contains ethanol, according to two people who worked in production at Folium. This is why when the byproduct waste was put into an industrial oven at another location it explode and set fire in Colorado Springs during the middle of the night.

Folium’s internal counsel informed the landlord that the company used water for extraction and not a chemical hazardous product, such as ethanol. But the landlord later learned that this was not actually the case. After the burning incident a McKeefe manager started to track the barrels that came into the plant, most of which did not have labels. Eventually he found a few barrels that were labelled “ethanol” and  also noticed the hemp waste was engaging about 60,000 sq feet of land that the tenant was not renting with piles of hemp up to around  four feet high.

The landlord suspected Folium was allegedly trying to cover up their extraction processes and questioned if they even had the proper license to do so or were following relevant state regulations. 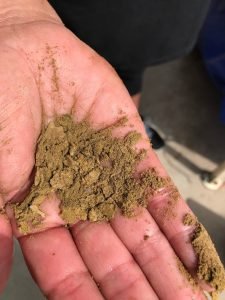 Additionally, after pressing Folium their General Counsel, Rich Calzada, admitted that ethanol was indeed being dumped outside on the land that Folium was not renting. Calzada called the area their ‘retention area’ and promised to remove the waste but that never happened.

Folium is also accused of clogging up a testing well outside to avoid detection.

Attorney Calzada denied dumping ethanol down the toilets into the sewer system when pressed by the landlord.

Folium also dug an evaporation pond but didn’t bother to properly line it, as is standard practice, to protect the land from contamination.

After McKeefe Ventures finally got Folium out of the building in early 2020 an environmental third party testing company came in to analyse environmental issues and degradation and found that because around 200,000 to 300,000 gallons of ethanol was dumped, remediation of the land would cost around $2 million.

And that didn’t include any cost to neighboring farmland known for growing some of the country’s best melon crops, or, land that Folium’s conduct could have damaged. 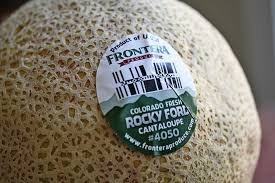 As well as the environmental damage outside the plant the walls and ceiling of the building were also covered in a film of oil and according to the filed documents had strong chemical like odour, along with the chemicals Folium used etched into the floor.

Folium is also accused of civil theft for taking equipment the landlord owned that was there from the previous tenant.

The landlord alleges Folium caused a million dollars of damages to the building and its electrical system and that Folium is also liable for unpaid property taxes that were part of the lease agreement. All of the damage has made the building and property not suitable for sale according to McKeefe Ventures.

McKeefe is being represented by Ryan Klein of Sherman & Howard LLP. When attorney Klein was asked, via email, if his client had reported Folium to the EPA or the Colorado Dept of Agriculture for the ethanol dumping he did not respond to  the question.

Folium’s internal counsel responded for comment on the lawsuit saying,

“Folium Biosciences categorically denies allegations asserted by a former landlord that Folium dumped ethanol into the ground and water system via the toilet.  The truth is that Folium recaptures and recycles ethanol used in its proprietary extraction process, thus there is no need to dump ethanol.”

Folium says it plans on defending the lawsuit.

Cannabis Law Report has previously reported on problems at Folium that led to three former executives suing for being cheated out of equity payments and an investigation was subsequently started by the Securities and Exchange Commision.

Also a reverse merger agreement between Folium and Australis Capital was called off earlier this year by Australis former CEO Scott Dowty after his team found accounting irregularities at Folium.

Folium has also been accused, in lawsuits, of selling products with THC above the legal limit.

Folium is currently a privately held company with investments from independent wealthy individuals and  a minor $3 million investment from Australis. 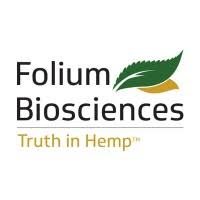