In April 2018, Pedro Alejandro Rubio-Perez pleaded guilty in the District of Columbia to conspiracy to distribute five kilograms or more of cocaine and 1,000 kilograms or more of marijuana for importation to the United States. According to court documents, Rubio-Perez led a drug trafficking organization operating in Baja, California between 1999 and 2009, and was a principal leader from at least 2004 to 2006. Rubio-Perez and members of his organization used tractor-trailer trucks with hidden compartments to transport at least 450 kilograms of cocaine and tons of marijuana into the United States.

According to court documents, cocaine or marijuana distributed by Rubio-Perez was seized in Arizona, California, and Missouri. Drug proceeds in bulk cash form were hidden in the same tractor-trailers and delivered to stash houses at the U.S. border with Mexico, where the money was counted and then transported to Rubio-Perez in Mexico or flown to Rubio-Perez in private aircraft from the United States to Mexico, carrying up to $2 million at a time. 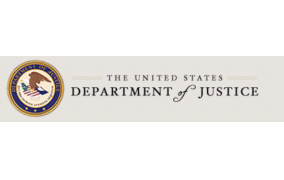