The late Timothy Leary, the psychologist and writer known for helping to popularize psychedelic drugs during the counterculture movement of the 1960s, for writing The Psychedelic Experience: A Manual Based on The Tibetan Book of the Dead, and for coining such phrases as “turn on, tune in, drop out” and “set and setting” (among tons of other stuff), would have turned 100 on October 22.

Sam spoke to us about the project, and said, “The album is concerned with what Leary was doing in the 1960s, advocating for consciousness expansion, and the rights of people to operate their brain as they prefered, rather than by societal constrictions. This is directly concerned with his work with psilocybin (magic mushrooms) and LSD, as those were the tools that gave him the ability to get in the trenches with his subjects. Whether it was friends and artists tripping in his living room, or working with prisoners in the Concord, MA State Prison. My hope is that on his 100th birthday, people will re-examine his contribution to the way we think and operate our brains.”

About the music he added, “I asked musicians to send me sources to work from. I wasn’t looking for finished tracks, this wasn’t a compilation album. I asked artists for little bits of music, mostly leftovers from their projects. My idea was to compost it, and make new music. I’d listen to their source, see what ideas it brought up, which portions I’d like to focus on, which sort of song it could create. I might use an 8 second bit and loop it, or a longer bit that serves as a background texture to build upon. So while these songs are collaborations, the structuring, editing, processing was primarily my work. As well as playing electronics over them. On some tracks, I’d get a structure and then go to a specific musician for something on top, such as Erik Wøllo’s guitar on ‘Reality-tunnel,’ or Ryan Lum’s guitar on ‘Starseed.'”

“For the narrators, I was looking for marquee names to help spread Leary’s words out further,” he continues. “The first I got on board was Alex Cox, and that was followed by Lee Ranaldo. Hearing them on the finished tracks was really exciting, as the pieces worked as I had imagined them. Hearing them in the flow of the whole album, yes! Perfection!”

You can stream the full album and see the full list of narrators below, and you can download it (name your price) at Bandcamp. 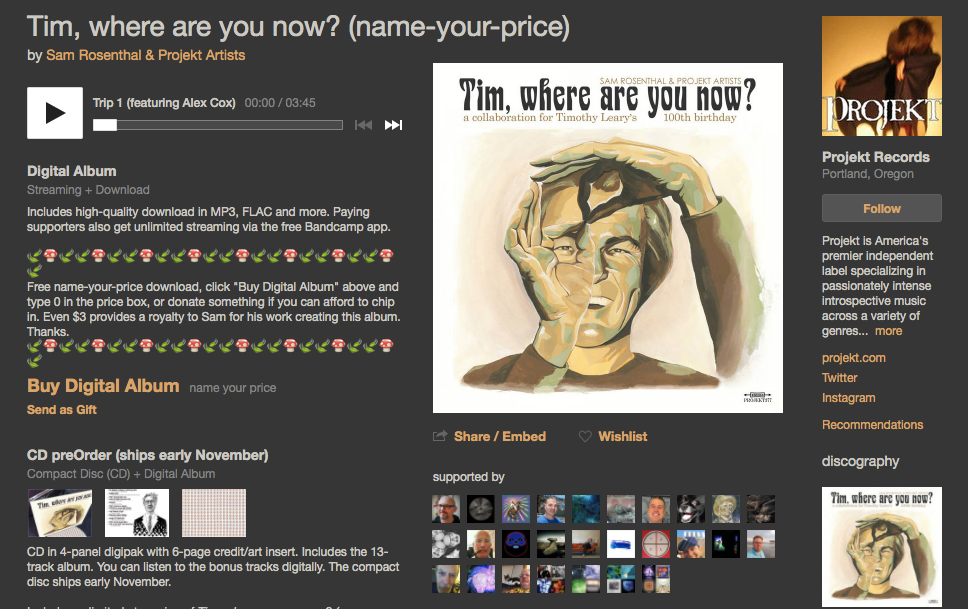 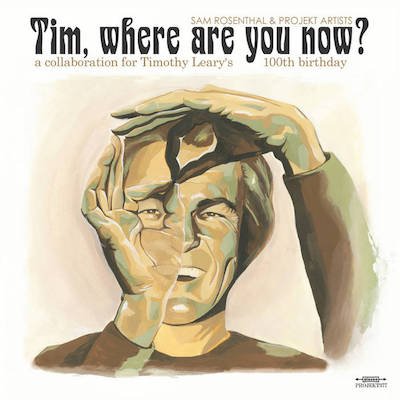