Lawmakers in nearly a dozen states are already pursuing psychedelics reform legislation for the 2023 session, with proposals ranging from legalizing psilocybin for therapeutic use to decriminalizing natural plants and fungi across the board.

From Connecticut to California, it’s become quickly apparent in the first few weeks of the new year that psychedelics policy will be a major issue in legislatures across the country this session. What started as a local decriminalization movement is now rapidly evolving at the state level, as well as in Congress.

Here’s an overview of psychedelics legislation that state legislators are working to advance so far this year:

Sen. Scott Wiener (D) recently refiled a bill to legalize possession of certain psychedelics after his last attempt was derailed in the eleventh hour of the 2022 session.

The measure would legalize the “possession, preparation, obtaining, transfer, as specified, or transportation of” specific amounts of psilocybin, psilocyn, DMT, ibogaine and mescaline for personal or facilitated use. Notably, “synthetic” psychedelics like LSD and MDMA would not be legalized, unlike under the provisions of the previous version of Wiener’s legislation.

It would also repeal state law prohibiting “any spores or mycelium capable of producing mushrooms or other material which contain psilocybin or psilocyn.” The state ban on drug paraphernalia for the covered substances would also be repealed under the legislation.

Colorado has been a hub of psychedelics reform, largely led by activists. Denver became the first city in the U.S. to decriminalize psilocybin in 2019—and voters in the state approved a historic ballot initiative to legalize certain entheogenic substances and create psilocybin “healing centers” in November.

As the state seeks out people to join a first-of-its-kind advisory board tasked with informing the implementation of the legalization law, Gov. Jared Polis (D) says that lawmakers may need to pass additional enabling legislation “to set it up in a way that prevents any negative consequences and honors the will of the voters.”

It’s unclear what kind of policies the governor has in mind, but his emphasis on “negative” consequences is notable, especially considering his prior remarks about being “excited” about reform and his characterization of psychedelics as a “promising” treatment option for certain mental health conditions.

Polis signed a bill in June to align state statute to legalize MDMA prescriptions if and when the federal government ultimately permits such use.

In Connecticut, Rep. David Michel (D) introduced a placeholder psychedelics bill on Monday, describing his intent to file formal legislation to legalize “the use of psilocybin for medicinal and therapeutic purposes, including, but not limited to, the provision of physical, mental or behavioral health care.”

The legislation, which has been referred to the joint Public Health Committee, is one of at least two psychedelic reform bills that are already in the works in the state for this year.  Michel told Marijuana Moment in a phone interview on Monday that he will also be championing a separate psychedelics decriminalization measure with Rep. Josh Elliott (D).

“Decriminalizing will help end the targeting of certain communities,” Michel said, “and authorizing psilocybin for medical and therapeutical use, I believe, is key when mental health is at an all-time low.”

“It’s more needed than ever,” he said adding that it doesn’t make sense to be “constantly going through pharmaceutical products when nature-based approaches can be very effective.”

Late last week, an Illinois lawmaker pre-filed a bill titled the “Compassionate Use and Research of Entheogens Act.” It would legalize psilocybin by removing it from the state’s list of controlled substances while also creating an advisory board to make recommendations on psilocybin therapeutic services.

The legislation from Rep. La Shawn Ford (D) would additionally facilitate expungements for people with certain psilocybin-related convictions on their records.

Ford told WMAY radio that the psilocybin reform legislation will be “top of order” for him this session, with the intent being to provide an alternative treatment option for people suffering from depression and other serious mental health conditions.

A Republican Missouri lawmaker recently discussed his plans to file a revised psychedelics bill to provide therapeutic access to psilocybin for people with serious mental health conditions in the coming days.

Rep. Tony Lovasco (R) said his forthcoming legislation has been modified from a broader version he introduced last year, with input from a key committee. That earlier bill received a hearing in the House Health and Mental Health Policy Committee last March, but it did not advance.

He described the new bill as narrowly tailored, providing access to psilocybin in a clinical setting for people with treatment-resistant post-traumatic stress disorder (PTSD) and depression, with a doctor’s recommendation.

“We’re going to have to limit it to psilocybin initially as that’s what we have the most data and research on,” Lovasco told Marijuana Moment in an email.

The new bill will also include provisions “that will open up availability to a much wider number of patients as soon as it gets rescheduled at the federal level,” he said.

Rep. Andy Smith (D) said on Friday that he is “currently working on a bill forming a psychedelic medicine task force so Minnesotans can have access to these life affirming treatments.”

“For decades scientific research into the positive effects of psychedelic medicine has been muzzled by the ‘war on drugs,’ but that is [starting] to change,” he said, citing results from a clinical trial showing that MDMA holds promise in the treatment of post-traumatic stress disorder (PTSD).

The text of the legislation is not yet available. Marijuana Moment reached out to Smith for comment, but he was not immediately available.

There are currently two pieces of psychedelics reform legislation that are being drafted for introduction in the 2023 session in Montana.

One would legalize psilocybin for therapeutic use in the treatment of PTSD and other mental health conditions, according to a description. The other would be more incremental, mandating an interim study about providing access to the psychedelic for medical use.

Sen. Jill Cohenour (D) made the legislative request for the therapeutic psilocybin legalization bill, and Rep. George Nikolakakos (R) is spearheading the study measure. It’s unclear when bill text might be available for either.

A bill filed by Senate President Nicholas Scutari (D) last year that’s been carried over into 2023 would legalize the possession, home cultivation and gifting of psilocybin mushrooms for adults 21 and older.

It would further create a system of licensed businesses to provide psilocybin services in supervised settings.

The bill from the Senate president would significantly expand on legislation he introduced in late 2020 to reduce penalties for possession of up to one ounce of psilocybin that was signed by Gov. Phil Murphy (D) in 2021.

New York lawmakers recently pre-filed a bill for 2023 to legalize certain psychedelics like psilocybin and ibogaine for adults 21 and older.

Assemblymember Linda Rosenthal (D) is sponsoring the legislation, which would amend state statute to make legal the “possession, use, cultivation, production, creation, analysis, gifting, exchange, or sharing by or between natural persons of twenty-one years of age or older of a natural plant or fungus-based hallucinogen.”

DMT, ibogaine, mescaline, psilocybin and psilocyn would fall under the definition of “natural plant or fungus-based hallucinogens” that would be legalized by the bill.

Further, the legislation would authorize people to engage in psychedelic services “with or without remuneration,” as well as use the entheogens in religious ceremonies.

Rosenthal separately introduced a bill in 2021 that would create a “psychedelic research institute” tasked with studying the therapeutic potential of the substances for certain conditions and making policy recommendations.

That year, she and Assemblymember Pat Burke (D) also sponsored another measure to legalize the medical use of psilocybin for certified patients in clinical settings.

One bill, from Sen. Elizabeth Steiner (D), would require psilocybin businesses and facilitators to collect and report certain information, including on the demographics of their client base as well as data on the services they provide, including average psilocybin doses used during sessions.

Another proposal that Sen. Kim Thatcher (R) filed at the request of a former U.S. attorney would require psilocybin business license applicants to submit information about their ownership and the location of their premises.

In Virginia, there are several psychedelics proposals on the table for 2023, including one that’s meant to provide access to psilocybin for therapeutic use.

That legislation from Del. Dawn Adams (D) would allow for the possession of psilocybin for people who’ve received a prescription or “order” from a health professional to treat “refractory depression or post-traumatic stress disorder or to ameliorate end-of-life anxiety.”

It additionally includes legal protections against state-level prosecutions for doctors and pharmacists who distribute psilocybin for therapeutic purposes. State drug laws would be amended to make non-medical possession of the psychedelic a Class 2 misdemeanor, punishable by up to 30 days in jail and a maximum $500 fine.

The measure also calls for the establishment of a Virginia Psilocybin Advisory Board that would be required to “develop a long-term strategic plan for establishing therapeutic access to psilocybin services and monitor and study federal laws, regulations, and policies regarding psilocybin.”

Meanwhile, a bill from Adams to decriminalize a wide array of psychedelics in Virginia was taken up by a House of Delegates panel last year, but it was pushed off and is still alive for this session. 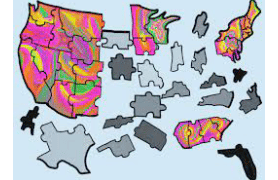