Letter from Department of Health & Human Services Rescinds Prior Request to Classify Kratom as a Controlled Substance, Not Revealed Until 2.5 Years Later

A letter from the U.S. Department of Health & Human Services (“HHS”) rescinding the agency’s prior recommendation to classify kratom as a controlled substance has been revealed to the public, but not until two-and-a-half years after the letter was initially submitted to the U.S. Drug Enforcement Agency (“DEA”).

Kratom advocates, including groups such as the American Kratom Association (“AKA”), contend the failure to make timely and appropriate disclosure of the recission letter to DEA has essentially created a “de-facto” ban on kratom.

While the chemicals in kratom are not currently scheduled in the federal Controlled Substances Act (“CSA”), the government has contemplated tougher regulation on kratom for years.

For example, in 2016, the DEA tried to ban the chemicals in kratom but reversed course after heavy criticism from kratom users and members of Congress.

More recently, HHS submitted a letter in 2017 to the DEA recommending certain chemicals found in kratom be classified as Schedule I substances. The cannabis industry is, of course, quite familiar with what this classification means. In short, the substance has a “high potential for abuse” for which there is “no currently accepted medical use.”

When this initial recommendation was made by HHS to the DEA, reports at the time included warnings by scientists who expressed concern that a ban on kratom would stifle research on chemicals that could be developed into alternatives to the addictive prescription opioids that kill so many Americans every year. Additionally, supporters of kratom cautioned that a ban on kratom would harm people who are currently using the substance to refrain from using stronger prescription painkillers. In short, opponents argued the scheduling of kratom (or potentially even the threat of scheduling) could cause kratom users to get back on opioids.

Fast forward to August 2018 when the HHS sent another letter to the DEA, only this time, the letter rescinded the prior recommendation to ban the substances in kratom. In the subsequent letter, HHS expressly recommended that the substances in kratom not be controlled, either temporarily or permanently, until scientific research can sufficiently support such an action.

Brett P. Giroir, a medical doctor and acting Assistant Secretary for Health & Human Services and Senior Advisor for Opioid Policy at the time, sent the second letter to the DEA. Giroir specifically advised that based on his review of previous and new scientific data, as well as concerns for the unintended public health consequences of scheduling kratom, he concluded that while the chemicals in kratom have many properties of an opioid, scheduling these chemicals in light of the underdeveloped state of the science would be premature.

Giroir went on to cite studies as examples of the lack of clear evidence supporting the recommended scheduling, such as one study finding that the chemical in kratom actually reduced morphine intake instead of showing abuse potential. He contended that new data like this suggests that kratom’s chemicals do not satisfy the statutory requisites for Schedule 1 substances, irrespective of broader considerations of public health. Accordingly, he advised the DEA that available evidence does not support the chemicals in kratom being scheduled.

Unfortunately, that 2018 letter was not made public until January of 2021, roughly two-and-a-half years after its initial submission to the DEA. Kratom advocates, such as AKA, contend the failure to make timely and appropriate disclosure of the recission letter to DEA has essentially created a “de-facto” ban on kratom.

While the public release of this letter is generally helpful for the kratom industry, supporters argue the failure to release the recission letter in a timely manner has significantly misled government officials, policymakers, the media, and consumers to believe the scheduling of kratom was likely and imminent. Additionally, supporters contend that some states were essentially “tricked” by this messaging to pass bans on kratom due to HHS’ initial recommendations.

Moreover, a number of states and/or local authorities have sought to ban kratom for human consumption in the last few years, which efforts some argue are a result of HHS’ initial letter to the DEA. For example, in 2017, the same year the initial letter by HHS was sent to DEA, the Denver Department of Public Health and Environment restricted the distribution and possession of kratom for human consumption within the City of Denver. Kratom supporters argue that perhaps efforts like these would have either never occurred or would have been reversed had the second letter been made available earlier than 2021.

Notwithstanding these uncertainties, kratom products are widely distributed in the U.S. market today. As with all similarly situated consumer products, kratom products must generally adhere to existing food or dietary supplement labeling regulations, as applicable, which are enforced by the Food & Drug Administration (“FDA”).

One regulatory hurdle facing kratom products is whether kratom is a proper ingredient in dietary supplements. For kratom to legally be included as an ingredient in a dietary supplement, kratom must have been marketed in the U.S. before October 15, 1994, or meet the qualifications of a New Dietary Ingredient (“NDI”) under FDA regulations.

While some contend that kratom was marketed in the U.S. before 1994, which argument has not been officially resolved, kratom and its chemicals have also been the subject of at least four NDI notifications submitted to the FDA. However, FDA’s responses thus far have generally been that safety has not been substantiated for kratom’s intended use.

Further, as with most novel dietary supplement ingredients, kratom companies have been the subject of various FDA enforcement actions for marketing unapproved and/or misbranded “new drugs” in violation of federal law.

Like hemp-derived products containing cannabinoids, for example, kratom products sold to consumers in the U.S. must adhere to existing food or dietary supplement labeling regulations, which generally prohibit such non-drug products to be marketed as “drugs.”

For example, the FDA has issued numerous warning letters to marketers and distributors of kratom products for illegally selling unapproved, misbranded “drugs” with unproven claims about their ability to treat or cure opioid addiction and withdrawal symptoms. The FDA has cited claims that these products will treat pain, as well as other medical conditions like depression, anxiety, and cancer, as the basis for these letters.

As you can see, the regulatory landscape governing kratom products is anything but clear. State and federal regulatory schemes, combined with other issues, such as contamination of kratom products, complicate these issues even further.

If you have questions about how kratom products are regulated, such as where kratom has been banned under state law, and/or how to legally produce, package, label, market, and/or advertise your kratom products, please contact our office today. Our attorneys are here to help!

Letter from Department of Health & Human Services Rescinds Prior Request to Classify Kratom as a Controlled Substance, Not Revealed Until 2.5 Years Later 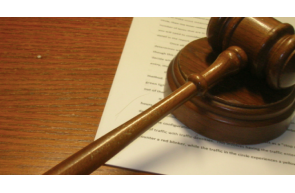