Teri writes…….Cannabis company Liberty Healthy Science ($LHS) announced it sold a marijuana farm called Chestnut Hill Farm in Alachau, Florida last week in an arms length transaction for US $ 14.7 million. The sale also included dispensary license rights in Ohio under the name Mad River Remedies. A review of land transfer records in Florida shows the transaction appears to be more of a friendly party transaction between Michael Serruya and his investing partners the Schottensteins who are the original backers of another cannabis company called Green Growth Brands $GGB).

Read on at  http://www.teribuhl.com/2019/08/23/liberty-health-sciences-chestnut-hill-pot-farm-sale-between-friends-lhs-ggb/   and if you do you’ll recognize that the same names keep popping up ! 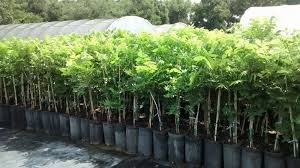