Linked In Article: Lawyers and offices in Brazil embrace marijuana

If until recently working with cannabis was taboo for law firms, having experience in this niche today has become a lure of clients and new business opportunities as interesting as opening up an incipient sector with the potential to move millions of reais in the Brazil in the coming years.

Before 2013, legal professionals’ contact with cannabis issues was basically limited to criminal proceedings relating to the possession or sale of the substance. But this scenario has been changing since the families of Anny Fischer and Sofia Santos Brito, both carriers of the CDKL5 syndrome –a genetic alteration that causes epilepsy especially during childhood–, obtained authorization from Anvisa to import CBD oil (cannabidiol). starting treatment with so-called medicinal cannabis.

At that time, the lawyer Diogo Busse was in charge of the drug policy secretariat in Curitiba (PR) when he was introduced to Anny’s family by a friend. Busse agreed to buy the fight and, along with other lawyers who were part of the case, won the first court decision in Brazil authorizing the use of cannabidiol.

In the days following the decision, his phone did not stop ringing. On the other end of the line, families across the country are looking for information on how to repeat the feat to assist people with rare diseases who saw cannabis as a salvation. “As much as we have advanced a little, it is very sad and unacceptable that it is still so restricted, bureaucratic and expensive to cultivate a plant from which an oil is extracted whose medicinal effects are undeniable”, says Busse, who has been an exclusive advocate ever since in cannabis causes and other illicit substances.

Authorizations to import medical cannabis –according to Anvisa, more than 7,000 have already been granted– were the opening wing of a trend that law offices have been integrating in recent years and that, added to the demands for the cost of treatments based on cannabis by health plans and the SUS, and habeas corpus that guarantee self-cultivation, form part of what can be called judicial activism. Along with prescribing physicians, these professionals are the ones who support patients in opening –often forced– the paths for a legislation that is still in its infancy in Brazil.

Leading this movement, 26 specialists who make up the Rede Reforma are responsible for more than half of the more than 200 habeas corpus issued in the country so far. Perhaps the most curious of them, an unprecedented feat achieved a few days ago, took place in the midst of an action of trafficking, in which the Reformation was not only able to stop the legal action but also to grant the right to self-cultivation by the accused. 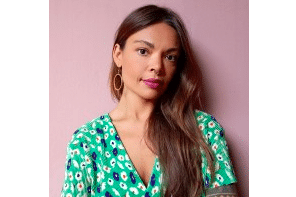