“In this world nothing can be said to be certain, except death and taxes.” The Works of Benjamin Franklin, 1817. That idiom remains true today, and with the legalization of recreational marijuana markets, it was widely accepted that the taxes would allow state and local governments to plug budgetary shortfalls. So far, the data is limited and the results are mixed, but there are still plenty of takeaways for policymakers to consider.

Two states have accurately predicted or even underestimated the tax revenue that recreational marijuana would bring: Nevada exceeded their estimated budget figures, and Colorado got it almost exactly right. Those appear to be outliers. California missed badly with its initial estimates (as we previously wrote about here and  here), and things have not improved. According to PoliticoPro (subscription required), “[a]dvocates for legalization in California originally envisioned legalized pot raising $1 billion a year. As it turns out, the state raised not even a third of that in fiscal 2018-19, the first full year since recreational sales began. California is not alone; according to the same article, “Massachusetts had projected it would bring in $63 million in revenue for its first year of recreational pot, which ended in June, and didn’t even get half of that.”

What should policymakers take away from this mixed bag? A few things:

Hopefully, these lessons are getting through. As more states legalize, estimating budgets should get easier as analysts are able to rely more heavily on actual, hard data instead of consumer surveys or markets from other states. With each passing year, states should be able to adjust their models and create more-reliable forecasts. But there is going to be the continued temptation to promise windfalls despite the cautionary tales of other states. The next state under the microscope will be Illinois in 2020. The state has some lofty tax projections, and with the Chicago Tribune already reporting that most insiders predict product shortfall, it’ll be interesting to see what the actual tax figures look like when it’s all said and done.

Tax revenue has been an interesting and critical challenge for state governments legalizing recreational marijuana, and it will continue to be well into the future. Be sure to check back in on our blog regularly for future updates on this topic and others that impact the industry. 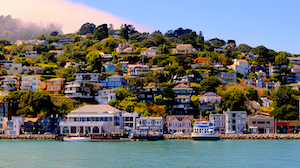 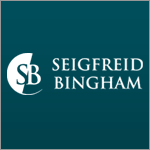