If you wish to re-publish this story please do so with following accreditation
AUTHOR:   aBIZinaBOX Inc. and Jordan S. Zoot, CPA
PUBLISHER:  CANNABIS LAW REPORT

Bringing Back The War – A bit of background on illegal storefront dispensaries tells us And the enforcement in California will come from both state and local authorities. The City of Los Angeles recently launched a massive crackdown on unlicensed, illegal cannabis businesses, filing misdemeanor charges against more than 500 people and shutting down 105 illegal cannabis businesses, including cultivation operations, extraction labs, and delivery companies across the city. In Los Angeles, a charge of unlicensed commercial cannabis activity within the city carries a potential sentence of six months in jail and $1,000 in fines.

Los Angeles’ City Attorney Mike Feuer, who has a track record of going after illegal cannabis businesses within the city, summed up the city’s reasoning behind its recent enforcement actions succinctly:

“If they’re going to go through this process, it just cannot be the case that others that flout the rules are allowed to function. It’s bad for those who buy from them, it’s bad for the communities in which they’re located and, again, it threatens to undermine the viability of a system that’s predicated on lawful licensing.”

Although there are currently around 165 approved cannabis storefronts and delivery businesses in Los Angeles, there are many more operating without the necessary approvals, a problem that has plagued the city for years and will likely be an ongoing issue.

A current listing of the penalties of cannabis offenses in California can be found here. The relevant provisions of California law are found in Health & Safety Code [”HSC”] Sec. 11357[1] and Penal Code [“PEN”] Sec. 1170(h)[2]We happened to locate a fascinating document – Drug Offenses: Maximum Fines and Terms of Imprisonment for Violation of the Federal Controlled Substances Act and Related Laws. A quick check of the Federal rules found the following:

We truly have no desire to revive the “War on Drugs” however, we can imagine a scenario where Penal Code Sec. 1170(h) is amended to adopt the Federal penalties for second and subsequent offense convictions for Illegal Commercial Cannabis Activity. We would be willing to be that while “padlock” procedure might have a small impact, the possibility of up to forty years of incarceration just might be sufficient to get a substantial number of the recalcitrant black market to come out from underground into the light.

It would certainly provide law enforcement with the tools they need to either stamp out a large portion of the black market or scare some of them straight. The authorities have telegraphed a willingness to charge felonies for environmental damage. It is truly unfortunate, but it might be just what is needed to destroy the black market.

It a reincarnation of the carrot and stick approach – you shove the carrot up their ass and beat them with the stick. As we think this through, it might be possible to implement something like this without requiring legislation. The state and local authorities could selectively turn offenders over to federal law enforcement for prosecution. A very similar approach was deployed in Virginia a number of years ago to deal with illegal firearms and it was incredibly successful [3]

Every person who possesses for sale any cannabis, except as otherwise provided by law, shall be punished as follows:

(a) Every person under the age of 18 who possesses cannabis for sale shall be punished in the same manner provided in paragraph (1) of subdivision (b) of Section 11357.

(c) Notwithstanding subdivision (b), a person 18 years of age or over who possesses cannabis for sale may be punished by imprisonment pursuant to subdivision (h) of Section 1170 of the Penal Code if:

(2) The person has two or more prior convictions under subdivision (b); or

(3) The offense occurred in connection with the knowing sale or attempted sale of cannabis to a person under the age of 18 years.

(d) Notwithstanding subdivision (b), a person 21 years of age or over who possesses cannabis for sale may be punished by imprisonment pursuant to subdivision (h) of Section 1170 of the Penal Code if the offense involves knowingly hiring, employing, or using a person 20 years of age or younger in unlawfully cultivating, transporting, carrying, selling, offering to sell, giving away, preparing for sale, or peddling any cannabis.

[2] (h) (1) Except as provided in paragraph (3), a felony punishable pursuant to this subdivision where the term is not specified in the underlying offense shall be punishable by a term of imprisonment in a county jail for 16 months, or two or three years.

(2) Except as provided in paragraph (3), a felony punishable pursuant to this subdivision shall be punishable by imprisonment in a county jail for the term described in the underlying offense.

(4) Nothing in this subdivision shall be construed to prevent other dispositions authorized by law, including pretrial diversion, deferred entry of judgment, or an order granting probation pursuant to Section 1203.1.

(5) (A) Unless the court finds that, in the interests of justice, it is not appropriate in a particular case, the court, when imposing a sentence pursuant to paragraph (1) or (2), shall suspend execution of a concluding portion of the term for a period selected at the court’s discretion.

(B) The portion of a defendant’s sentenced term that is suspended pursuant to this paragraph shall be known as mandatory supervision, and, unless otherwise ordered by the court, shall commence upon release from physical custody or an alternative custody program, whichever is later. During the period of mandatory supervision, the defendant shall be supervised by the county probation officer in accordance with the terms, conditions, and procedures generally applicable to persons placed on probation, for the remaining unserved portion of the sentence imposed by the court. The period of supervision shall be mandatory, and may not be earlier terminated except by court order. Any proceeding to revoke or modify mandatory supervision under this subparagraph shall be conducted pursuant to either subdivisions (a) and (b) of Section 1203.2 or Section 1203.3. During the period when the defendant is under that supervision, unless in actual custody related to the sentence imposed by the court, the defendant shall be entitled to only actual time credit against the term of imprisonment imposed by the court. Any time period which is suspended because a person has absconded shall not be credited toward the period of supervision.

(7) The sentencing changes made by the act that added this subdivision shall be applied prospectively to any person sentenced on or after October 1, 2011.

(8) The sentencing changes made to paragraph (5) by the act that added this paragraph shall become effective and operative on January 1, 2015, and shall be applied prospectively to any person sentenced on or after January 1, 2015

[3] A crime reduction strategy in Richmond, Virginia implemented to deter former and would-be offenders from carrying and using firearms, with an overall goal of reducing firearm-related homicides.

Program Goals
Project Exile was a crime reduction strategy launched in 1997 in Virginia, by the U.S. Attorney’s Office, as a result of the spike in violent crime rates in the late 1980s and early 1990s. During these years, Richmond, Virginia consistently ranked among the top 10 U.S. cities in homicides per capita. Specifically, in 1994, Richmond was ranked 2nd for homicides per capita, with a homicide rate of 80 per 100,000 residents. Overall, the goal of the project was to deter felons from carrying firearms and decrease firearm-related homicides through both sentence enhancements for firearm-related offenses and incapacitating violent felons (Rosenfeld, Fornango, and Baumer 2005).
Program Activities
Essentially functioning as a sentence enhancement program, Project Exile targeted felons who were caught carrying firearms (i.e., felon-in-possession-of-a-firearm [FIP]) and prosecuted them in federal courts where they received harsher sentences, no option of bail, and no potential for early release. Prior to Project Exile, FIP cases could be processed in state courts. Through increasing the expected penalty for firearm-related offenses, Project Exile sought to deter both firearm carrying and criminal use. Additionally, through sentencing more violent offenders to longer prison sentences, the program sought to reduce crime through incapacitating violent felons (Rosenfeld, Fornango, and Baumer 2005; Arends 2013).

In addition to incapacitating offenders, the program sought to deter would-be offenders. To make the public aware of the sentence enhancements surrounding firearms, a broad “outreach” campaign was implemented using media outlets. The public campaign was implemented to increase community involvement and to send a message of zero-tolerance for firearm offenses. The goal of the message was to indicate a “swift and certain” federal penalty for firearm offenses. Advertised in both electronic and print media outlets, the campaign was featured on city buses and business cards displaying a specific message: “an illegal gun will get you five years in federal prison” (Rosenfeld, Fornango, and Baumer 2005).

The program consisted of a number of distinct elements: 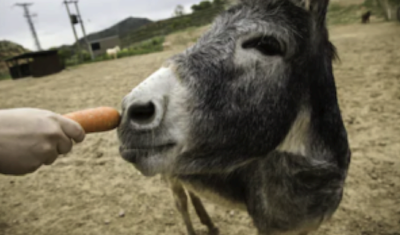