A new law that eliminates jail and prison time for the possession of modest amounts of marijuana will take effect Sunday.

The law will impose a fine of up to $100 on a person caught with 14 grams or fewer of marijuana in lieu of incarceration — even for repeat offenses.

The current penalties for marijuana possession are more severe. A person caught with 14 grams of marijuana can face a $300 fine and imprisonment for 15 days for the first offense. Penalties escalate significantly for repeat offenders — up to a maximum eight years of prison time for people arrested four times.

New Orleans, Baton Rouge and Shreveport had already voted to decriminalize marijuana, but this new law expands the decriminalization policy to all of Louisiana.

Twenty-seven states and Washington, D.C., have decriminalized marijuana possession already, according to the National Conference of State Legislatures.

Republican House Speaker Clay Schexnayder, who once worked for the Ascension Parish Sheriff’s Office, voted for the proposal. Republican Senate President Page Cortez, of Lafayette, voted against it. 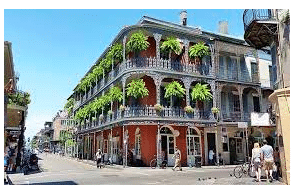