LSD Chemist William Leonard Pickard to be Released From Prison

July 27 2020 A source has informed Psymposia that William Leonard Pickard was officially released from prison today, July 27, at 3PM PST. Pickard will be free from prison, but will be under supervised release for the next five years.

The decision comes after Pickard spent 20 years in prison for conspiracy to manufacture, distribute, and dispense LSD. Pickard and his partner, Clyde Apperson, were arrested in 2000 while moving what was alleged to be their LSD laboratory across Kansas, and they were convicted in 2003. Pickard was given two life sentences and Apperson was sentenced to 30 years of imprisonment without the possibility of parole.

Mike Dupler, a friend of Pickard, told Psymposia that “[Apperson’s] early release has been approved by the court and [he] is currently at a pre-release or half way house pending full release.”

A petition for “Request for Modifying the Conditions or Term of Supervision with Consent of the Offender” was filed in the United States District Court for the District of Kansas on behalf of Clyde Apperson on June 4, 2020. The petition allows Apperson to be released from prison to home confinement in advance of his scheduled release date of October 11, 2028. The petition states that Apperson is proposing to release to the District of Oregon to reside with his sister and brother-in-law. According to the Bureau of Prison’s (BOP’s) database, Apperson is currently located at Residential Reentry Management Seattle pending release to home confinement. A representative of RRM Seattle told Psymposia that Apperson’s assigned facility is RRM Seattle, however that is not his physical location. The representative explained that they cannot release Apperson’s actual location publicly at this time.

At Pickard’s sentencing DEA Special Agent in Charge William J. Renton, Jr. stated, “The proof of the significance of these prosecutions and convictions lies in the fact that LSD availability in the United States was reduced by 95% in the two years following their arrest.” At the 2008 World Psychedelic Forum, writer Jon Hanna—presenting on behalf of Pickard—questioned the DEA’s claims.

While in prison, Pickard wrote and published The Rose of Paracelsus: On Secrets and Sacraments, which is widely regarded as a masterpiece of psychedelic literature.

Pickard’s motion for a reduction of sentence was made in light of his age (74), his deteriorating medical condition (listed as chronic kidney disease, hypertension, anemia, hypothyroidism, cataracts, posterior vitreous detachment, prostatic hyperplasia, vitamin D deficiency and pre-diabetes), the risk he faces from the COVID-19 virus, and the positive role he has played in writing about the fentanyl epidemic.

“The court finds that a reduction in sentence is consistent with the sentencing factors set forth in § 3553(a),” according to the Memorandum and Order, which goes on to state:

“Pickard’s offenses were serious, but having spent two decades in prison he has been seriously punished. The government correctly points out that Pickard has prior drug convictions, but does not challenge the defendant’s argument (Dkt. 849, at 31-32) that the First Step Act’s change to sentences for drug crimes would substantially changed [sic] the treatment of his prior offenses. The fact that Congress has changed how such offenses are treated now is relevant to the determination whether a defendant faces disparities among similarly-situated defendants under § 3553(a).” Note: § 3553(a) is the US code for Imposition of a Sentence.

The Memorandum and Order acknowledges Pickard’s assertions that—at 74 years of age—he does not pose any significant risk to society and has engaged in substantial efforts at rehabilitation, and notes that the government plaintiff has not challenged these assertions. The court concluded that the 20 years served are sufficient for meeting the goals of incapacitation, deterrence, retribution, and rehabilitation.

The decision also focuses on the Bureau of Prison’s efforts to reduce the spread of COVID-19 within its prisons:

“The court concludes that Pickard is at greater risk than the average inmate of suffering a severe illness should he contract COVID-19, and further that he faces some risk of exposure to the virus. Unfortunately, the optimistic portrayal of BOP efforts to limit the spread of the virus, as documented in the government’s Response, has been overtaken by events. Nationwide, the BOP has completed 33,684 tests, with 9,936 showing a positive result. Pickard is incarcerated at FCI Tucson, Arizona, where 11 inmates and staff members have been diagnosed with the virus. No inmates or staff have died of the virus. Social distancing within the prison is difficult.” (emphasis added)

This acknowledgement of the BOP’s inability to protect inmates from the threats of pandemic in the Memorandum underscores the importance of abolition in this moment. While Pickard will soon be free, the reality is that prisoners—most of them Black, Brown, and poor people—will continue to face the horrors of incarceration, now magnified by the pandemic. With COVID-19 running rampant through America’s carceral facilities, many prisoners of the war on [some people who use certain] drugs are now potentially facing death sentences for minor offenses.

“The § 3553(a) factors support reducing [the] defendant’s sentence to time served, to be followed by a five-year term of supervised release,” the Memorandum and Order reads.

Dupler—a New York City-based entrepreneur—told Psymposia in an email that he, along with a small group of “helpers” and countless supporters around the world, have been doing what they can for Pickard’s petition for “reduction in sentence and compassionate release.” Dupler became involved in helping Pickard and his attorney because he could not bear the thought of living in a country where a non-violent drug offense could result in a life sentence due to “mandatory sentencing,” he said.

“An injustice of this magnitude had to be addressed somehow and today the Judge did so,” Dupler said. “I was informed about the judge’s decision in Leonard’s case when I read his order this afternoon around 1PM EST. To say we are happy as happy can be is to put it mildly. I exchanged emails with Leonard’s attorney and she told me that she had a good cry today—tears of happiness. She and her former law partner (now deceased) had also represented Leonard at his trial 20 years ago.”

“I cannot wait to see him outside of the prison environment,” Dupler said.

Read the PDF: Request for Modifying the Conditions or Term of Supervision with Consent of the Offender 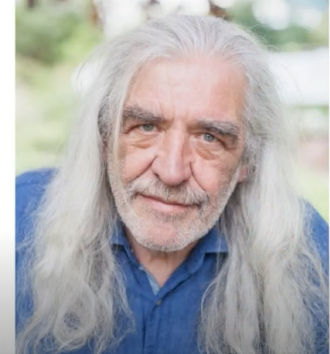