How eager are you to share your psilocybin use with the government? When Oregon voters passed Measure 109 in 2020, to create a legal framework for access to psilocybin services, the ballot initiative explicitly prevented the government from collecting that sensitive personal information without consent. But if Oregon State Senator Elizabeth Steiner’s new bill, SB 303, passes, it would require psilocybin service centers to provide intimate personal data about clients to the Oregon Health Authority, which would maintain a comprehensive database of psychedelics users.

Keeping tabs. Advocates for the bill say that the data collection and analysis is essential to assess whether the psilocybin services program is successful, and what changes might be necessary to improve it over time. Sam Chapman, Executive Director of Healing Advocacy Fund, asserts that without the data, it’s not possible to know “how the program is helping people with mental health, what the program costs and perhaps more importantly, who does not have access.” He adds that it will also help to address safety concerns.

The analysis would be led by a new project, Oregon Psilocybin Evaluation Nexus, housed at Oregon Health Science University. OPEN has been fundraising for the program since last year. Sen. Steiner is a doctor who works as an adjunct associate professor at OHSU, which has some people questioning a possible conflict of interest.

Mason Marks, a legal scholar at FSU College of Law and Harvard Law School, has been raising questions about Oregon’s psychedelic data in his newsletter and a much-discussed Wired article. Imagine, he wrote in an email, if “after people visited a psychiatrist … the doctor sent all their data to a state agency.”

Marks notes that this “situation would be worse … because the records document one’s use of a federally illegal substance. The names and detailed information of every psilocybin client would be stored with OHA, where it would be an easy target for federal law enforcement, hackers, and others who might like to get their hands on the information.”

Psychedelic loophole. The Oregon measure deliberately avoided an exclusively medical model, making psilocybin services available for a range of purposes outside of therapy. As “clients,” rather than “patients,” the users of psychedelic services don’t qualify for protection under HIPAA, the federal law that protects sensitive patient health information from disclosure without consent. And without a psychedelic equivalent of a Cole memo – a guidance from the Justice Department that deprioritized federal prosecution against another Schedule 1 substance, cannabis – there is nothing to stop the DEA from combing through the OHA database for intrepid psychonauts.

The bill does call for anonymization of the data, delinking names from profiles. This practice, according to Chapman, will “ensure that no personal details will be included in any of the data sent to OHA.” Marks points out, however, that Steiner’s bill gives OHA “access to client data before it’s anonymized. Under this proposal, it’s the agency that would do the so-called anonymizing.”

Encryption challenge. But even if a good faith effort is made to de-identify the data, that’s unlikely to protect users from a dedicated effort to reverse engineer their identity, whether by another government agency or hackers. “The more data you collect, the easier it is to identify people. SB 303 wants to collect an unprecedented amount of data, even more than a doctor’s office,” says Marks.

He adds that the current rules that OHA adopted last month “protect client privacy by giving clients a choice regarding whether to share their information or contribute it for research. Scientists need only ask clients’ permission, and it’s likely that people from across the state would willingly consent.”

So why the desire to make data collection mandatory? In part because of concern that response rates will be too low to be useful, explains Hadas Alterman, Director of Government Affairs for the American Psychedelic Practitioners Association. “If you’re delivering surveys to a large number of people, you want at least 60% completion. Start to slip below that response rate, chances are what you get isn’t going to translate to the larger population.”

As an alternative to a state agency, Alterman suggests as a possible compromise, “information on safety and outcomes could be held by an independent nonprofit that has the legal obligation and infrastructural capability to ensure the strategic collection and safe maintenance of data.”

Unintended outcome? After decades of prohibition, users of psychedelics are generally wary of government involvement in the space, and with good reason. As one Lucid News staffer quipped when I mentioned the proposed Oregon law, what better way could they find to keep people frequenting the underground? – KJ

[This article was posted on Lucid News today and can be read here.] 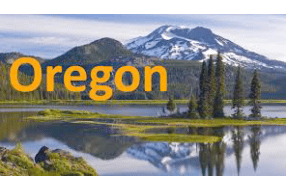