Luxembourg is to become the first European Union country to fully legalise cannabis. The country’s health minister said within two years, residents aged over 18 will be able to buy marijuana for recreational purposes.

A newly-created regulator will oversee production, distribution and oversight.

Officials are drawing up legislation to be unveiled later this year, which will detail the type of cannabis to be supplied and the taxation levels.

Tourists beware, it is almost certain that non-residents will be unable to purchase cannabis in Luxembourg, and it is also expected that home-growing will be banned. Punishments for breaking the laws are predicted to be severe.

Residents under 18 but over the age of 12 won’t be criminalised for possessing less than 5 grams, but can expect a large fine.

In an interview with Politico, Etienne Schneider encouraged other EU member states to follow Luxembourg’s leading, citing strides taken in Canada, Uruguay and parts of the US.

Luxembourg had previously legalised cannabis for medicinal purposes, and recreational use was partially decriminalised for small amounts, although growing, selling and producing the drug remains a criminal activity punishable by law.

The EU state is aiming to follow Canada’s lead and allow residents to hold up to 30g, and tax recouped will go into drug education programs, along with addiction recovery treatments.

“The drug legislation we have been applying for 50 years has not worked,” said the health minister of Luxembourg, Etienne Schneider. “Prohibiting products has made them more attractive to young people. I’m hoping all of us [in the EU] will take a more open-minded attitude toward drugs.”

Less than a dozen EU states have decriminalised cannabis in some minor form, but the drug remains prohibited at international level, and users even in liberal areas such as Spain and Portugal can expect some level of punishment if caught.

Luxembourg’s move is against the grain within the EU, and may cause friction with neighbouring states. Germany has no desire to form a recreational market, having enough problems getting a medicinal industry off the ground.

France, along with Ireland and Switzerland, has floated medicinal cannabis trials, but all have added the caveat that such a move will not lead to an adult recreational market.

At EU level, Brussels is keen on reviewing rules around medicinal cannabis research in order to allow firms to push ahead with trials and tests, but the formation of legislation is slow, and a recent European Parliament election has also added to shifting priorities. 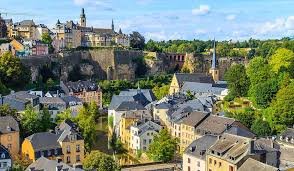