Luxembourg is scrambling to secure a new medical cannabis supplier after encountering delays of up to 60 days, leaving new patients empty-handed.

Health minister Paulette Lenert (LSAP) responded to a parliamentary question that the country was facing three types of medicinal cannabis bottlenecks. Firstly, there was a peak in consumption up to April 2021. Secondly, a tender to find a new supplier at the end of 2020 resulted in none of the bids being accepted. One supplier announced a new offer, which “is currently being evaluated.” What is more, she wrote: “The possibility to order products outside of the tenders is limited in terms of budget and availability.”

Luxembourg decrimininalised the sale and prescription of medicinal cannabis for the treatment of chronic pain, cancer, neuro-degenerative, and other chronic diseases starting August 2018, with approved products sold out of the country’s hospital pharmacies. Initially, Aurora supplied the medicines, a Canadian firm that was replaced in 2019 by Canopy Growth-Spectrum Pharmaceutics. Of the numerous delayed orders, the longest was 60 days in 2020, for a THC product.

The shortages, exacerbated by a growing global demand for the products, led to a decision by the health directorate not to prescribe cannabis treatment to any new patients. According to MP Sven Clement (Pirate Party) some 270 patients were in the first line for treatment from February to 30 June 2019. For new patients, the minister urged the use of non-cannabis-based treatments, of which supply is stable.

Luxembourg is not the only country facing medicinal cannabis shortages. A parliamentary question submitted to the European Parliament by Maltese MEP Miriam Dalli in September 2020, pointed out that Malta and Germany had been similarly impacted. She wrote:

“The EU needs a regulated medical cannabis market so patients do not have to resort to the black market to find their medicinal marijuana where products might not be properly regulated.” 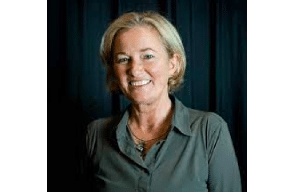