The state’s largest cannabis company has asked the court to strike down the residency requirement in Maine’s medical marijuana law, making the same constitutional argument it used to successfully open the state’s recreational market to out-of-state investors earlier this year.

Wellness Connection of Maine and its parent company, High Street Capital Partners of Delaware, filed papers in U.S. District Court in Maine last week to overturn the state’s requirement that medical marijuana dispensaries be owned by Mainers. It is seeking an injunction to prohibit the state from enforcing that part of the law until the dispute is settled in court.

“The self-evident purpose of the residency requirement is to discriminate against non-residents such as Plaintiff High Street, a prospective out-of-state investor, and to exclude them from the economic opportunities available to medical marijuana dispensaries in Maine,” the lawsuit reads.

The state’s medical marijuana market can be a lucrative one, bringing in more than $100 million in 2019, Wellness and High Street note. While not mentioned in the suit, medical marijuana sales have increased this year despite the pandemic, making medical marijuana Maine’s most valuable crop. It is on pace to top $266 million by the end of the year, according to state records 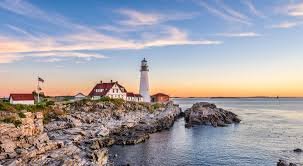