One event occurred in Washington, D.C. The other occurred in New York. The event that occurred in Washington, D.C. was the entry of the DECISIONS in United States Tax Court cases involving Harborside’s federal income tax liabilities for the years 2007-2012. Harborside has put a brave face on its loss Tax Court loss. Harborside has, however, neglected to allow for interest on the tax deficiencies in establishing a tax reserve for projected adjustments to income. Of greater significance, Harborside has failed to properly reflect the consequences of Judge Mark V. Holmes’ opinions in its establishment of reserves for income tax adjustments for the years 2013-2018.

The event that occurred in New York on October 17th is of greater significance for California’s cannabis industry. On October 17th the Governors of New York, Connecticut, New Jersey and Pennsylvania, Governors Cuomo, Lamont, Murphy and Wolf, hosted a summit to establish uniform principles for each state to utilize in order to implement standardized regulations across the Northeast region. Representatives from Rhode Island, Massachusetts and Colorado also attended the summit.

Those who follow voting patterns in the United States will immediately recognize that the population of the Northeast, as well as the financial and political clout of the area, exceed the population and clout of California. The financial and political strength of the Northeast alone makes the area a worthy competitor for California. California’s cannabis industry, however, has been rushing headlong toward disaster for several years. Thousands have been lured into the investment of money and effort in California’s cannabis industry like sailors following the song of the Sirens of Greek mythology.

We have described on multiple occasions our opinions regarding the principal reasons California’s cannabis industry continues to become more chaotic. See, [[.

We have suggested from time to time solutions to some of the issues that have surfaced over the past several years in California’s cannabis industry. See, [[.

Solutions to big picture issues are found by looking at big picture causes. The causes of all of the problems that confront California’s cannabis industry ultimately flow from a lack of thoughtful and adept leadership. All of the problems relating to California’s cannabis industry flow from the failure of those with the power to influence the course of the industry to competently provide proper leadership and guidance.

Those who were involved in California’s underground cannabis industry were ill-prepared to readily adjust to the new reality of a regulated commercial cannabis industry. Some will survive, but many will not. California’s professional communities, California’s lawyers and accountants, failed to provide proper leadership. Those professionals who leaped into the fray in most instances did so to make money rather than to assist in the transition. The consultants who came forward to provide services to assist with regulatory requirements did so for the same reason. Local political leaders acted for political reasons looking for immediate benefits for their communities through tax revenues and improved economies. Few devoted significant thought to the welfare of California’s cannabis industry as a whole.

The Legislature cobbled together the Medical and Adult Use Cannabis Regulation and Safety Act (“MAUCRSA”) based on Proposition 64. The primary guiding force for the decisions of every legislator was political – act to please as many as possible while offending as few as possible. Elected officials temper all evaluations of what is best for California with their views to the impacts of their actions on the next election. The Legislature ignored several key aspects of the report of the Blue Ribbon Commission on cannabis because it was politically expedient to do so.

What about the money and effort expended to administer MAUCRSA? The administrative structure California established for the regulation of the cannabis industry illustrates many of the inherent problems of governmental agencies. Governmental agencies are process-driven as distinguished from product-driven. The administrative agencies tasked with the regulation of California’s cannabis industry promptly set out to establish effective administrative organizations to regulate every aspect of the movement of cannabis from cultivator to consumer in a two-tier regulatory system. 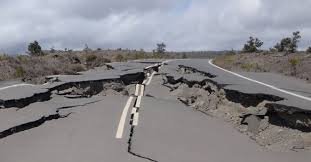