‘Make It Legal And Give Us Control’, Swiss Pharmacies Tell Government

In the shadow of Davos, while the world’s top movers and shakers were moving and shaking, the president of the Pharmacy Association in Zurich, Valeria Dora, said last week that cannabis use amongst Swiss residents is up and that legalisation is the only sensible option.

The group has issued a position paper stating its argument for decriminalising marijuana, which it says would deter black market trade and provide safer products for the market.

The Swiss, whose historic support of assisted suicide marked the confederation as radical thinkers in regard to health, believe the necessary infrastructure and staff is already in place to support a fully legal industry.

Experts believe government efforts to shut down illicit cannabis use cost the country around $1bn each year, and that legalisation would bring in around $600m.

It is estimated around half a million of Switzerland’s 8.42m population smoke cannabis regularly, and around 40 percent of men and 33 percent of Swiss women have tried it at least at least once in their lives.

With the tide turning, echoing trends elsewhere in Europe, the Pharmacy Association said it is time to act.

Dora, who represents around 110 Zurich-based pharmacies, has asked other pharmacists about marijuana and reports that many are open to selling cannabis products.

The group will approach Zurich’s government to discuss next steps and how they can work with specialist departments.

Switzerland’s health department has allegedly confirmed it is open to regulating the cannabis market and that it believes a discussion on the subject is “urgent and overdue”.

There is a note of caution, however, as Dora said she was not a fan of the “unrestricted liberalisation” policy implemented in some US states, and she would rather not see the coffee shop approach of Amsterdam brought to the land of alphorns and cheese.

Rather, pharmacies control the sale of regulated cannabis, and that resource must be poured into training and further education.

Cannabis should be classified as a medicinal product, she said, and therefore all active ingredients msu be displayed on the packaging.

“We must under no circumstances trivialise or propagate consumption,” she told local media.

The proposals limit recreational use to over 18s, and users could be given advice in pharmacies on how best to consume marijuana and a “cannabis helpline” could be set up.

Dora also suggests that efforts to prevent children in schools from consuming cannabis should be increased.

Herzig said pharmacies would provide a quality control mechanism the black market cannot, and would also reduce the potentially dangerous commercialisation of the drug and avoid products like cannabis lollipops and gummy bears being sold or advertised.

In typical Swiss fashion, cannabis chocolate was being handed out by a retailer at Davos, albeit in a somewhat clandestine manner.

Herzig said a tax could be levied on the drug and that Swiss farmers could be brought on board as potential producers.

Pushback from Pharma-Suisse, the national umbrella organisation for pharmacies in Switzerland, followed Dora’s announcement; it said it is “not convinced” that public pharmacies are suitable locations for sale, despite giving backing to the legalisation plan.

Instead, it says that scientific pilot trials like those approved by the Swiss Federal Council in July 2018 would be preferable.

Cannabis remains illegal in Switzerland though the law was loosened in 2013, ensuring adults caught with ten grams or less can accept a 100-franc ($100) spot fine, though that is enforced to varying degrees across the country.

Last year, the country proposed pilot programs to make it easier for people with chronic conditions like MS or cancer to access the drug and, much like Germany, obtain insurance reimbursement for the same.

Currently about 3,000 patients currently have the medical exemption necessary to obtain higher THC versions of the plant or drugs, however the process is arduous and time-consuming for patients and their carers.

By this summer, the Swiss Interior Ministry promises to publish a proposal to streamline the process and the Health Ministry will examine how to resolve insurance reimbursements.

Should Switzerland fasstrack a cannabis support scheme, or a CBD market, and look to export, it will not be bound by European Union laws and restrictions, and will not have to answer to Brussels should the EU decide to develop an overarching regulatory framework.

The country is famed for its advances in medicine, it has a supportive government and a rigid, healthy financial services network and is a major banking centre.

As one of the most developed countries on earth, it has all the potential to become a major player in the cannabis market in the coming years. 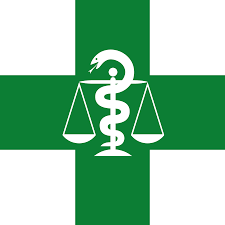