The Labour Party has launched its own consultation process with a view of proposing changes to the government’s White Paper on cannabis reform.

Responding to questions by Lovin Malta, Deputy Leader Daniel Micallef acknowledged that the White Paper only permits smoking one’s own homegrown cannabis at home, but he said it was “unfair” to say that the document will change nothing.

He said that users will not be forced to access cannabis through the black market since they could not grow the plant at home.

Asked what changes he would propose to the White Paper, Micallef said his personal view would be that it is not only households that can grow plants but also private spaces that are not categorised as households.

Questioned on why the White Paper did not delve into how cannabis can be bought, Micallef said he would have criticised the document had it not specified the need for a discussion on procurement. However, it did, and now one had to make suggestions of how this could be done.

The cannabis White Paper presented by Prime Minister Robert Abela last week seeks to set up a cannabis authority that is funded by administrative fines. Fines up to €230 have been proposed for smoking cannabis anywhere that is not a person’s private home. Consumption and growing of cannabis will not be permitted anywhere that is visible to the public, or where the substance can be smelled, or where there are children around.

Georvin Bugeja, from the party’s youth forum, said that even though cannabis users now face stiffer administrative penalties for public smoking, they will not have to be prosecuted through court.

Bugeja encouraged people to participate in the consultation processes. 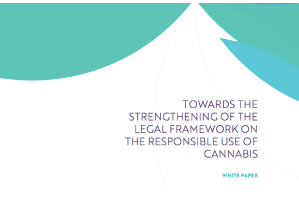