Are you getting as bored as we are with pronouncements of the high and mighty who manage to get huge annual paypackets and obcene bonuses on the back of running companies that post losses year in year out?

Cannabis: ‘The U.S. is a $100 billion opportunity,’ Tilray CEO says

The U.S. market for cannabis is staggering, according to Tilray (TLRY) CEO Irwin Simon — even as it awaits a green light from Congress.

“The U.S. is a $100 billion opportunity in cannabis,” Simon told Yahoo Finance Live  “If you look at cannabis today in the U.S., 93% of Americans want medical cannabis legalized and about 63%, 65% want adult use. Today, it’s legal in about 33 states, plus D.C. So it’s out there that… a majority of people want cannabis legally.” 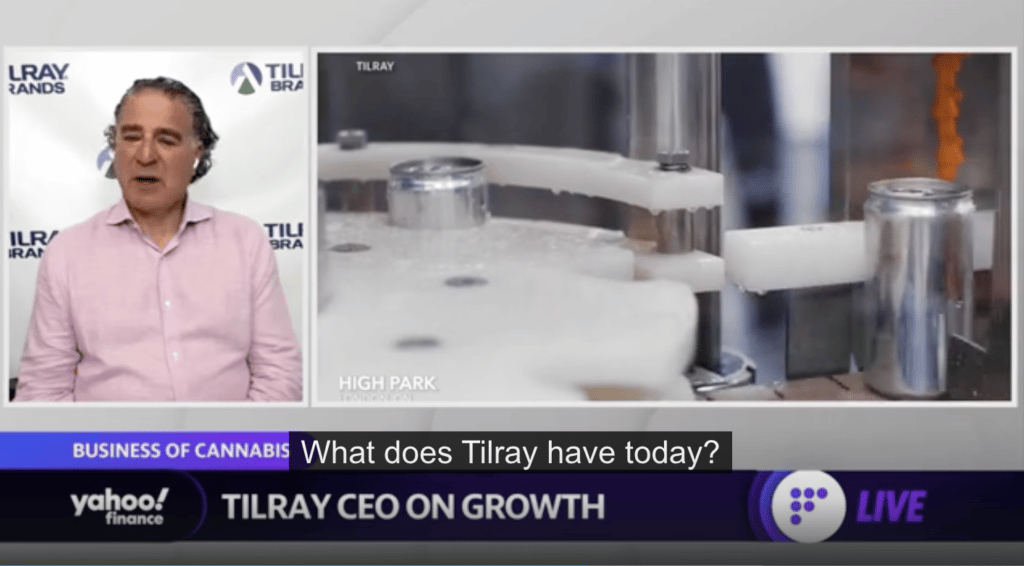 As one of the largest growers of marijuana in the world, Tilray is looking to expand its market share by focusing on recreational- and medical-use cannabis.

But the opportunities aren’t constrained to the drug, Simon stressed. There’s also a burgeoning market for cannabis-adjacent products in categories such as food, personal care products, and drinks.

“What will happen once the U.S. legalizes, the big companies like Diageo, Brown-Forman, ABI, even I think the Nestle’s and the Unilever’s will want to be into the cannabis business because they know Gen-Z, millennials, that’s very much what they want,” Simon said.

Curaleaf (CURLF) CEO Matt Darin echoed Simon’s sentiments, saying: “We believe the future is in innovation. And many of these new categories that are coming online are really driving a lot of the growth in the industry.”

Darin highlighted the beverages category in particular as a major driver. It’s “still a small component of the market,” he said, “but we see that as one category that’s going to continue to increase over time as new innovation occurs and as they become more widely distributed throughout the country.”

Recent earnings suggest growth in the cannabis space — even as the legal status of weed continues to weigh down the industry.

More if you must at