The Massachusetts Cannabis Control Commission has fined Curaleaf $250,000 for failing to disclose a change of ownership and ask permission from state regulators before completing the transaction.

Cannabis Control Commission Chairman Steven Hoffman said the company has been “very constructive and collaborative” in addressing the problem. “I think they were wrong, but I can understand they were acting in good faith,” he said.

Curaleaf already operates in 12 states, and the expansion will give it operations in 19 states. Curaleaf today is a $3.8 billion company, while Grassroots is valued at $708 million.

According to the agreement, Curaleaf Massachusetts went through several changes in its ownership structure in 2018. Essentially, it converted from a nonprofit to a for-profit; then, its parent company merged with a Canadian company to give Curaleaf access to the Canadian stock exchange.

Curaleaf disclosed that shift in a meeting with state regulators regarding a separate merger it was contemplating with Alternative Therapies Group, a marijuana company with a dispensary operating in Salem.

Commission staff said the commission was still developing a change of ownership request form and no one on commission staff had authority yet to approve a transaction. So Curaleaf went ahead with the merger.

The commission said Curaleaf should have asked for permission before completing the merger, despite the fact that the form was still in development. It should have also updated its pending applications to reflect the new ownership.

After negotiations, Curaleaf agreed to pay the fine. It also submitted an application for a change of ownership retroactively to the commission, which approved it.

The agreement noted that because Curaleaf has not yet opened its dispensaries, it was never operating without having disclosed its ownership structure.

Cannabis Control Commission Enforcement Counsel Paul Payer said Curaleaf made the error due to a “good faith but mistaken determination” that because the change of ownership approval process was still being developed, the company did not have to ask permission for the merger. Payer said Curaleaf has cooperated with state regulators.

Payer said he believes the size of the fine will be a “sufficient deterrent … to ensure compliance both by the licensee and across the industry as well.”

Hoffman said, “Staff has done exactly right thing, one, to rectify the violation and two, to ensure that it won’t happen again.”

Commissioners also discussed briefly whether Curaleaf, which has been eying additional expansions, understands the state’s caps on how many dispensaries it can own and how much marijuana it can cultivate. Payer said Curaleaf is aware of both those rules. Hoffman said if Curaleaf proposes another transaction, the commission will make sure it is complying.

Patrik Jonsson, president of Curaleaf MA, said in a statement that Curaleaf was granted approval for its change in ownership “after reaching agreement in a dispute resolution process.”

“We have been proudly serving the Massachusetts community for almost 24 months and look forward to working with the Commission to secure approval of our adult-use licenses,” Jonsson said. 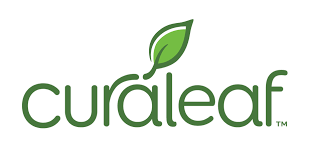