Yes everybody’s getting very excited by this and it must be very galling to a number of those on the other side of the aisle who had to put up with the Republicans under Trump doing everything to stymie any decent or fair legislation that did anything other than suggest enriching certain GOP house and senate ( yes we know who you are) sitting members.

We do worry about collective memory in this day and age.

According to MM the proposed legislation suggests the following

Here’s a rundown of the details based on the draft legislation and summary documents obtained by Marijuana Moment:

-Cannabis would be federally descheduled and treated in a manner similar to alcohol.

-The Treasury Department’s Alcohol and Tobacco Tax and Trade Bureau (TTB) would be the chief regulator for marijuana with respect to interstate commerce.

-The Food and Drug Administration (FDA) would be limited in its regulatory authority, with the intent being that it would have no more control over cannabis than it does for alcohol except when it comes to medical cannabis. The agency could prescribe serving sizes, certify designated state medical cannabis products and approve and regulate pharmaceuticals derived from marijuana, but could not ban the use of cannabis or its derivates in non-drug applications, like in designated state medical cannabis products, dietary supplements, foods, beverages, non-drug topicals or cosmetics.

-Raw cannabis would be considered an agricultural commodity regulated by the U.S. Department of Agriculture (USDA).

-The legislation would grandfather existing state-licensed cannabis operators into the federal scheme to ensure continued patient access and incentivize participation in the legal market.

-As federal agencies work to promulgate rules, there would be safe harbor provisions to protect patients and marijuana businesses acting in compliance with existing state laws.

-People with certain federal cannabis convictions that were non-violent would be eligible for expungements.

-To prevent youth use, there would be a mandatory 21 age limit for recreational cannabis, and the bill also prescribes certain restrictions on things like advertising.

-SBA would need to treat marijuana businesses the same as other regulated markets, like it does for alcohol companies, for example.

-The measure also stipulates that veterans can’t face discrimination in federal hiring due to cannabis use, and doctors with the U.S. Department of Veterans Affairs (VA) would be specifically authorized to issue recommendations for medical cannabis for veterans.

-Federal agencies could continue to drug test for marijuana.

-The Bureau of Labor Statistics (BLS) would be required to issue a report to Congress on the marijuana industry.

The draft bill is 116 pages, so these details represent just a portion of what’s comprised in the legislation. And again, the provisions are subject to change as the proposal is finalized ahead of its formal introduction in Congress. 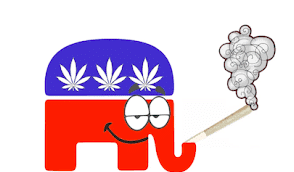