Marijuana Use Laws Budding In Virginia On July 1, 2021

Consistent with legislative trends, Virginia weighed in further on the nationwide marijuana debate by enacting two new comprehensive cannabis-related laws. The first prohibits discipline for employee’s medical use of cannabis oil. The second is an omnibus bill permitting all individuals over the age of 21 to lawfully possess recreational marijuana. All provisions go into effect on July 1, 2021.

After years of silence in the marijuana debate, in 2020, Virginia decriminalized simple marijuana possession offenses and prohibited employers from requiring job applicants to disclose past charges for marijuana possession. In 2021, lawmakers extended protections to stop adverse employment actions against cannabis oil users and to legalize recreational marijuana.

Medical Use of Cannabis Oil

Cannabis oil users will have increased employment protections beginning July 1, 2021. New § 40.1-27.4 prohibits employers from discharging, disciplining, or discriminating against an employee for their lawful use of cannabis oil with a valid written certification issued by a doctor. These restrictions apply only to the medical use of cannabis oil, not medical marijuana.

Additionally, the law states that nothing in this provision requires employers to commit any act in violation of federal law or that would lead to the loss of a federal contract or federal funding. This may mean that federal contractors who must comply with drug-free workplace laws are exempt from this provision. The law also does not require any defense industrial base sector employer or prospective employer to hire or retain any applicant or employee who tests positive for THC in excess of 50 ng/ml for a urine test or 10 pg/mg for a hair test.

Governor Northam signed into law S.B. 1406 to allow adults over the age of 21 to possess one ounce of marijuana under Virginia law starting July 1, 2021. The legislation establishes the Virginia Cannabis Control Authority to legalize, tax, and regulate recreational marijuana use.

The new law also makes fundamental changes to expungement rules related to past marijuana convictions. Previously, the only offenses eligible for expungement were acquittals, certain dismissals, and charges formally not pursued by prosecutors. As a result of this new legislation, all misdemeanor violations are expunged and the Virginia State Police is directed to determine no later than July 1, 2025, which marijuana-related offenses will be automatically expunged from the state’s record. Felony marijuana charges are also implicated by the new law. Any person can petition to expunge a felony marijuana conviction, and, if successful, the conviction is permanently erased. An employer cannot then require an applicant to answer any question related to any arrest, criminal charge, conviction, or civil offense that has been expunged.

The law also limits the dissemination of information related to marijuana offenses. Private employers that are not subject to federal laws or regulations in the hiring process cannot require in any application, interview, or otherwise an applicant to disclose information when the record is not open for public inspection.

This law does not stop employers from prohibiting marijuana in the workplace.  But employers should consider how they want to message their expectations to their workforce considering the swirling — and often contradictory — information and messages regarding cannabis use and the workplace. 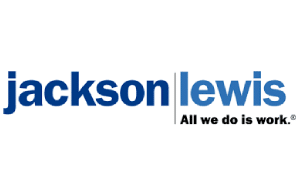