“With a heavy heart on the news of Robert Fireman’s passing, appointing Jon Levine as Interim Chief Executive Officer was an easy decision,” said Edward Gildea, one of MariMed’s independent directors. “As President, Jon has managed the day-to-day facets of MariMed’s operations, and as co-founder of MariMed, has the experience and knowledge of the Company’s innerworkings and growth strategy that are crucial at this juncture.”

The Board will conduct a process to identify a permanent Chief Executive Officer for MariMed, which may include external and internal candidates. The Company will announce an update on the process upon completion. No timing was provided for the duration of the process.

MariMed Inc., a multi-state cannabis operator, is dedicated to improving lives every day through its high-quality products, its actions, and its values. The Company develops, owns, and manages seed to sale state-licensed cannabis facilities, which are models of excellence in horticultural principles, cannabis cultivation, cannabis-infused products, and dispensary operations. MariMed has an experienced management team that has produced consistent growth and success for the Company and its managed business units. Proprietary formulations created by the Company’s technicians are embedded in its top-selling and award-winning products and brands, including Betty’s Eddies, Nature’s Heritage, Bubby’s Baked, K Fusion, Kalm Fusion, and Vibations: High + Energy. For additional information, visit www.marimedinc.com. 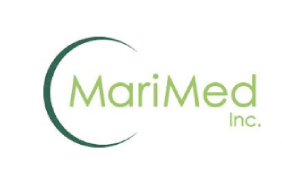