The new federal charges against Fall River Mayor Jasiel Correia are prompting renewed scrutiny of how marijuana businesses are approved across Massachusetts.

“I hope today’s indictment will prompt the Cannabis Control Commission, the Legislature, and other stakeholders to evaluate what additional safeguards or reforms are necessary,” Massachusetts Inspector General Glenn Cunha said in a press conference Friday announcing the charges against Correia.

“I hope that this egregious example does not eclipse the similar financial shakedowns on the cannabis industry present in nearly every Host Community Agreement signed to date in Massachusetts,” Jim Borghesani, a cannabis industry consultant and the former spokesman for the state’s 2016 legalization campaign, said in a statement.

Kevin Conroy, a Boston attorney who works with cannabis companies in the licensing process, says most municipalities require the local legislative body — town selectmen or city council — to sign off on host community agreements for both adult-use and medical marijuana companies.

Read the full article at: https://www.boston.com/news/local-news/2019/09/10/massachusetts-marijuana-industry-corruption-concerns 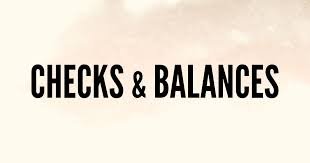