Massachusetts lawmakers on Tuesday heard testimony about a bill to create a task force charged with studying the implications of legalizing psychedelics like psilocybin and ayahuasca.

The legislature’s Joint Judiciary Committee met to discuss legislation from Rep. Mike Connolly (D). While members didn’t vote on the proposal, the sponsor was able to make the case for the reform, noting the emerging research that suggests entheogenic substances hold significant therapeutic potential for certain mental health conditions.

He also pointed to the local reform movement that’s led three Massachusetts cities to decriminalize psychedelics so far, saying it represents “another reason why it should be a priority for all of us to bring stakeholders together and have that conversation about what policies should look like.”

“We’re hearing from the medical community, we’re hearing from clinicians and researchers that the potential benefits here simply can’t be ignored,” Connolly said. “There are these issues like PTSD and depression, anxiety and addiction that…we are struggling to address, and what the research is telling us is that these substances offer a tremendous benefit.”

The 21-member task force that the lawmaker is proposing would be responsible for analyzing the pros and cons of “legalizing the possession, consumption, transportation and distribution of naturally cultivated entheogenic plants and fungi.” 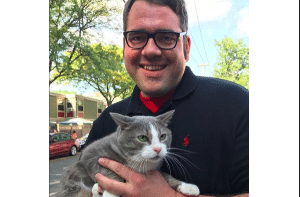