Could the legalisation of cocaine be part of the solution to reduce drug violence in Belgium? Criminologist Tom Decorte from Ghent University thinks so. He has claimed that it is precisely the illegality of the drug business that creates the biggest economic incentive for criminals and by legalising and regulating it, violent competition could be reduced or even eradicated.

After an 11-year-old girl died recently due to a shooting incident in Merksem, politicians have stressed that tackling narco-terror is a top priority, without exception. Ministers and mayors have spoken about stronger controls and even deploying the army to tackle the growing crisis.

One option that no one has suggested is the legalisation of cocaine. However, Decorte has argued for opening up that very discussion. “The idea hatched 100 years ago to criminalise hard drugs does not work in the modern world,” he told RTBF. “It is precisely this illegality that creates the largest revenue model for criminal organisations. The appeal of big money makes it a perpetual battle that can never be won.”

According to Decorte, legalisation could change that. Once laid down in legislation, the reasoning is that the current revenue model would collapse. “Legalisation, just like with abortion or euthanasia, is a process,” Decorte explained.

“The end product is a set of rules: who can buy it, how old should you be, how well should it be packaged, what may or may not be in it, who can sell and produce it. Suddenly you get a lot of levers to determine what that product should look like.”

“So it is perfectly possible to make and distribute those products here,” he added. “We do not even have to make agreements with a traditional production country.”

Could the legalisation of cocaine mean that there will soon be such a thing as Belgian coke? “There are already a lot of categories of drugs that are made here and that are prescribed by doctors,” Decorte said. “It’s perfectly possible for pharmaceutical companies to make and distribute those products here.”

According to Decorte, the fact that neighbouring countries would not be on the same wavelength and that Belgium would be dependent on itself does not have to be an obstacle. “Look at the example of cannabis: countries where such regularisation exists ensure that they remain good neighbours, that only their inhabitants can buy drugs and that any form of export is prohibited. You can perfectly turn it into a closed chain.”

Prof. dr. Tom Decorte Prof. Dr. Tom Decorte (°26/08/1969) obtained a Master’s degree in Criminology (Catholic University of Leuven, 1992) and the Qualified Teacher’s Degree for Secondary Education (Catholic University of Leuven, 1993). He also studied theatre sciences and obtained the Special Certificate in Social and Cultural Anthropology (Catholic University of Leuven, 1994).
From 1992 to 1998 Tom Decorte was member of the research group Police and Judicial Organization (director: Prof. Dr. Em. Lode Van Outrive), at the Department of Penal Law, Penal Procedure and Criminology at the Catholic University of Leuven. At first he was teaching assistant, and from 1994 to 1995 he was a fulltime research fellow, working on two studies on private policing and fundamental civil rights.
From 1996 to 1998 he worked on an ethnographic study among cocaine users in Antwerp, that would become the basis for his doctoral dissertation in criminology, titled ‘Informal control mechanisms among cocaine and crack users in the metropolitan area of Antwerp (Belgium)’ (Catholic University of Leuven, 1999). Supervisors were Prof. Dr. Em. Lode van Outrive en Prof. Dr. Joris Casselman. Tom Decorte attended specialized training courses for drug researchers in Zürich (European Addiction Training Institute, 1996) and Aarhus (Nordic Council for Alcohol and Drug Research, 1998).
Since October, 1st 2000 Tom Decorte is appointed professor in the field of criminology, at the Department of Criminology, Penal Law and Social Law of the Faculty of Law, University of Ghent. In September 2002 he founded the Institute for Social Drug Research (ISD), a research group that wants to play a prominent part in the social scientific collection and transfer of knowledge regarding different aspects of the use of drugs, drug trafficking and drug policies from a social scientific perspective and a social commitment. Apart from active participation in European and international networks, professor Decorte often gives lectures on different aspects of the drug phenomenon at national and international conferences, guest lectures at Belgian universities, and presentations in schools and other organizations.
He is currently teaching courses in ‘Qualitative Criminological Methods’ (2nd bachelor), ‘Drug phenomena’ (3rd bachelor, partim), ‘Selected issues: drug policy’ (Master, partim), ‘Selected Issues: Critical Criminology and the Criminal Justice System I and II’ (3rd bachelor and Master) and four courses in the Qualified Teacher’s Degree for Secondary Education: ‘Teaching Methodology I’, ‘Teaching Methodology II’, ‘Teaching Methodology: practically-oriented seminars’ and the ‘Work placement’.

Here you can find an overview of his publications in the academic bibliography of UGent. The full-text of the publications is available from 2010 on. 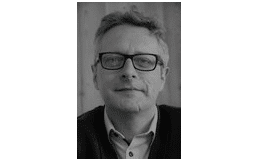