Medical Cannabis In Australia … It’s For The Billionaires Only

Where have we seen this before ! In both the US and Canada

As the Australian  “sector” grows in its grey cloak of legality, it is, without a shadow of a doubt, going to be one set of rules for the rich and nothing much for the rest of us unless we want to be consumers on medical and maybe adult use ( at some vague on the horizon point in the future) at highly inflated prices.

It beggars belief when you read this stuff that those in power are actually surprised there is a sophisticated and desired black market in cannabis in Australia.

The Australian Financial Review newspaper documents how the elites in Australia will and  are creating a nice little earner & cartel for themselves where they can rake in the cash (with very small investments) and  at the same time whinge mercissely  via the Murdoch press about the black market so taxpayers money can be used for further war on drugs enforcement to ensure those in the cartel increase their profits year in year out.

With the current government in Australia would you expect anything else?

Billionaire families including the Libermans, Smorgons and Waislitzs are backing an early stage producer of medical cannabis for clinical trials, plant science and eventually the pharmaceutical industry.

CannaPacific is hoping to capitalise on the increasing acceptance of the medical cannabis industry, which is tipped to reach $US1.2 billion ($1.7 billion) in value by 2024.

Medical conditions where cannabinoids, or CBD, is used mostly relate to pain management. CBD can be obtained through an authorised prescriber or the Special Access Scheme in Australia.

CannaPacific has already raised $4.5 million from wealthy investors but is now seeking further $4 million to $10 million of fresh funds.

Mr Gunning admitted it was not easy to tap investors for early stage companies in the COVID-19 environment.

“All these potential investors have other business interests, and maybe they have been really hammered in other industries,” he said.

“If the three big (families) get involved, others will follow, but we are certainly casting the net wider because we don’t want to leave this to chance.

“There is a lot of money sitting on the sidelines still. There is so much uncertainty right now.” 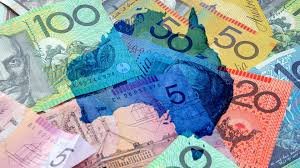