An expanding number of patients are utilizing marijuana for clinical reasons. Use of Cannabis for treatment of medical conditions is gaining wide acceptance all over the world. After the selection of Joe Biden administration, Marijuana circles are looking forward to the fulfilment of promises made by Kamala Harris for the legalization of Medical uses of marijuana.

Recently a study was published by Journal of the International League against Epilepsy. Some 3 million US citizens are suffering from Epilepsy & study showed that marijuana was used in the treatment of different medical conditions including Epilepsy, in China in 2700 B.C.

The research showed that patients are highly responsive to treatment with Marijuana. It can be used to control the seizures & prevent future attacks.

Do you know about Epilepsy?

It’s a chronic disorder of the central nervous system in which there is abnormal signaling from the brain. Patients suffering from Epilepsy will experience single or multiple episodes of abnormal, uncontrolled Epilepsymovements are prevalent in children & adults alike. All the age & ethnic groups are affected equally.

With year of continuous research, different chemical component of marijuana have been shown to be effective in the treatment of different medical conditions. As a result of years of scientific research, US FDA had approved medicine named Epidiolex for the management of Lennox-Gastaut syndrome. There are different chemical compounds in marijuana which are responsible for the recreational & medical users of marijuana.

Lennox-Gastaut syndrome is a form of severe epilepsy in children or infants. Childs suffering from this syndrome usually have a few sorts of tonic, atonic, and atypical absence types of seizures. Now, researchers have discovered that cannabinoids which are found in marijuana have a major potential to treat Lennox-Gastaut syndrome.

Medical marijuana can treat a few side effects of Lennox-Gastaut including the accompanying:

Medical marijuana in the management of Dravet Syndrome

Dravet syndrome which was previously known as Polymorphic Epilepsy, is caused by a genetic mutation which causes dysfunction of brain in healthy infants. Children suffer from this disease for the rest of their lives. After extensive research Epidiolex was approved for seizures caused by Dravet Syndrome for children above 2 years. The result showed that there was 50 % reduction in frequency of seizures after using Epidiolex.

Strains that can be used for Epilepsy & seizures

After the selection of Joe Biden as president-Elect, Marijuana Industry is looking forward towards administration for banking & other reforms for ease of doing business. This will be a historic time when such a large number of government members will be openly speaking in favor of Cannabis Legalization. This will change of perception among the public & more will be able to grow marijuana from seeds of top quality strains. Here will I will mention few strains which you can grow by buying seeds of following strains.

Used around the world for the treatment of epilepsy. This strain has low THC & very high CBD levels.

This is a balanced hybrid strain which will relax your muscles & raise your mood by working on mind & body. You can use it daytime as this will help you focus & have a good working mood.

This strain is effective in the management of seizures & epilepsy. This will make you less high due to its low THC & high CBD values.

The use of this strain with high CBD will make you relaxed, creative and euphoric. This strain is used in the management of epilepsy.

Being a strain with low CBD value of less than 1 & high THC value, Grape ape strain has found its multiple uses in the market. Grape Ape is highly effective with long term effects in the management of muscle spasms, joint pain, anxiety & lack of appetite.

Without a doubt, cannabis is compelling for treating seizure problems like epilepsy. In light of studies and narrative proof, marijuana has demonstrated itself to be a progressive remedy for epilepsy with the turn of events and FDA-endorsement of Epidiolex, helping a large number of individuals around the globe. 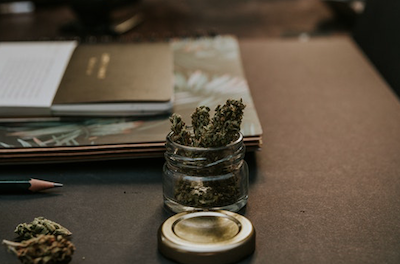