Another MedMen deal down the toilet. Recently, you might remember ,they told everybody they had acquired High Times & Dope magazine and it has subsequently been discovered MedMen hadn’t  actually handed much, if any, cash over for those media businesses.

It now looks like the bigger fish are going to unravel too. Being the “Starbucks” of cannabis isn’t as easy as they thought it was going to be.

Cheddar report…...One of the biggest deals in U.S. cannabis fell apart on Tuesday after MedMen announced it terminated its $682 million acquisition of Illinois-based PharmaCann, citing mounting pressures in the capital markets, regulatory hurdles, and the company’s ongoing push in its existing markets.

“The cannabis sector has evolved tremendously since we first announced the PharmaCann transaction and based on the current macro-environment and future opportunities that exist for our business, we believe it is now in the best interest of our shareholders to deepen, rather than widen, our Company’s reach,” Adam Bierman, MedMen CEO and co-founder, said in a statement.

Per the terms of the termination, which the companies said was a mutual decision, MedMen will forgive $21 million worth of debt for PharmaCann in exchange for some key assets in Illinois and Virginia. MedMen also terminated CFO Michael Kramer on Monday, perpetuating a trend of high level turnover at the company.

The news came as a shock to much of the industry, as MedMen had less than a month ago announced it had gotten the go ahead to go through with its deal, after the expiration of a mandated waiting period governed by antitrust laws. At the time Bierman referred to the acquisition as “transformative,” and one that would “mold us into an even bigger and bolder company for our consumers.” 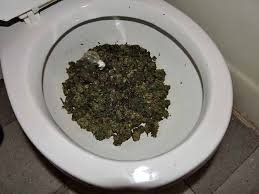