Medmen – The Comeback Kid? Ascent Wellness To Invest $US73 Million Into The Company

We’re not sure.. will a phoenix rise from the ashes on the east coast.

This is what they say they are up to…

NEW YORK & LOS ANGELES–(BUSINESS WIRE)–MedMen Enterprises Inc. (“MedMen” or the “Company”) (CSE: MMEN) (OTCQX: MMNFF), a cannabis retailer with operations across the U.S., today announced the signing of a definitive investment agreement (the “Investment Agreement”) with Ascend Wellness Holdings, LLC (“AWH”), whereby, subject to approval from the New York State Department of Health and other applicable regulatory bodies, AWH will complete an investment (the “Investment”) totaling up to approximately $73 million in MedMen NY Inc. (“MMNY”), MedMen’s subsidiary in the state of New York. In connection with the Investment, and subject to regulatory approval, MMNY will engage the services of AWH pursuant to a management agreement (the “Management Agreement”) under which AWH will advise on MMNY’s operations pending regulatory approval of the Investment transaction.

“We believe the proposed transaction will bring fresh capital and a new perspective to New York’s medical marijuana program and its patients,” said Abner Kurtin, Founder of AWH.

Under the terms of the Investment, at closing, MMNY will assume up to approximately $73 million of MedMen’s existing secured debt, AWH will invest $35 million in cash in MMNY, and AWH New York, LLC will issue a senior secured promissory note in favor of MMNY’s senior secured lender in the principal amount of $28 million, guaranteed by AWH, which cash investment and note will be used to reduce the amounts owed to MMNY’s senior secured lender. Following its investment, AWH will hold a controlling interest in MMNY equal to approximately 86.7% of the equity in MMNY, and be provided with an option to acquire MedMen’s remaining interest in MMNY in the future. AWH must also make an additional investment of $10 million in exchange for additional equity in MMNY, which investment will also be used to repay MMNY’s senior secured lender if adult-use cannabis sales commence in MMNY’s dispensaries.

The transactions contemplated by the Investment Agreement are subject to customary closing conditions, including approval from the New York State Department of Health and other applicable regulatory bodies.

MJ Biz have reported it thus 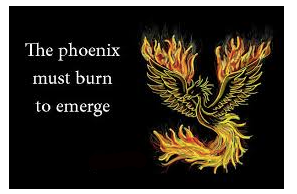