Here’s his statement in full…

Most medicinal or recreational cannabis businesses operating legally under state law are denied access to the banking system because banks fear they may be prosecuted under federal law given the ongoing federal restrictions on cannabis.  The lack of access to bank accounts, credit cards, and checks have forced state authorized cannabis businesses to operate in cash, opening the door to tax evasion and making cannabis businesses targets of potential crime.

“When cannabis businesses operating legally in New Jersey or any other state are denied access to the same basic banking services that any other lawful company can utilize, it means they can’t open up accounts, apply for financing, accept credit cards, write checks, process payroll or pay taxes.  It forces these enterprises to operate entirely in large sums of cash, making them easy targets for criminals, threatening public safety and making it harder for states to regulate,” said Sen. Menendez.  “The SAFE Banking Act is a common sense fix that simply allows banks, credit unions and insurers to services these legitimate, legal businesses without fear of prosecution, and to give the burgeoning cannabis industry the tools it needs to grow.”

All but six states have marijuana legalization or decriminalization laws on the books for recreational or medicinal purposes.  In the 2020 election, voters in New Jersey, Arizona, Montana, Mississippi and South Dakota approved of creating or expanding the legal use of marijuana.  Last month, New Jersey, which had legalized cannabis for medicinal purposes, enacted historic reform legislation legalizing and regulating adult recreational use.

Giving state legalized cannabis businesses access to banking services would not only improve community safety, but also make it easier for Americans of color—who have long been disproportionately impacted by America’s racist “War on Drugs” policies and generations of asset-stripping policies and practices—to access the capital necessary to participate in the merging cannabis industry.

To address the safety concerns resulting from these state legal businesses being shut out of banking services, the SAFE Banking Act would prevent federal banking regulators from:

The bill also creates a safe harbor from criminal prosecution and liability and asset forfeiture for banks and their officers and employees who provide financial services to legitimate, state-sanctioned cannabis businesses, while maintaining banks’ right to choose not to offer those services. The bill also provides protections for hemp and hemp-derived CBD related businesses.

The bill would require banks to comply with current Financial Crimes Enforcement Network (FinCEN) guidance, while at the same time allowing FinCEN guidance to be streamlined over time as states and the federal government adapt to legalized medicinal and recreational cannabis policies.

Momentum around the SAFE Banking Act reached new heights in the 116th Congress, when the U.S. House of Representatives passed the legislation, and included it in the HEROES Act.

Companion legislation was introduced in the House of Representatives by Reps. Ed Perlmutter (D-Colo.-7), Nydia M. Velázquez (D-N.Y.-07), Steve Stivers (R-Ohio-15), Warren Davidson (R-Ohio-08) and over 100 of their colleagues. 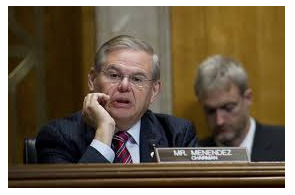