Mexico: Cannabis Regulation Delayed In The Senate – Has the pushback started ?

Regulating recreational cannabis in Mexico will take longer than previously expected, according to reports from El Planteo and El Universal.

The adult-use cannabis project was approved by the Senate in November of 2020 and recently passed through the Chamber of Deputies with several modifications. The bill now goes back to the Senate, which will be in charge of reviewing the adjustments that the lower house made.

The modified cannabis bill was expected to pass quickly, but Mexican Senate board president Eduardo Ramírez declared this week that there is no consensus on the adjustments made by the Chamber of Deputies.

This means the bill will not be up for discussion yet.

However, Ramírez is determined to generate the necessary consensus and said he feels optimistic about the document being approved before April 30. This date is key because the Congressional season ends on April 30 and, with it, the current Congressional term.

The president of the Board of Directors assured that there are no plans to make further modifications to the regulation. The priority will be for the legislation to come into force, to subsequently reform it.

“I believe that due to the urgent need for legislation and the income it represents for the Mexican State, at this time it is important to legislate in the terms in which it is presented to us,” the senator said.

Ramírez, who belongs to the Morena political party, added: “We are going to build an agreement with the different parliamentary groups so that it can be expedited and ready before April 30.”

Once the project is approved, it must be sent to President Andrés Manuel Lopez Obrador to be published in the Official Gazette of the Federation.

After that, a series of deadlines will be established for the cannabis industry to prepare for the start of operations. 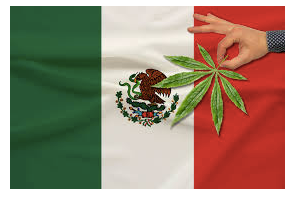