June 17 marked the fiftieth anniversary of the day President Richard Nixon declared war on drugs. Since that day in 1971, California has recorded more than 10 million felony drug arrests, including 1 million felony marijuana arrests, according to NORML.

Luke Scarmazzo is one of those statistics. A victim of flawed federal law enforcement policy, he remains behind bars in the federal prison at Yazoo City, Mississippi. He is thought to be the last remaining federal medical marijuana prisoner from California 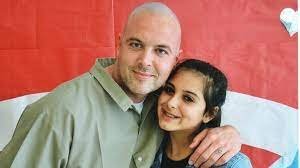 In 2006, the Drug Enforcement Administration raided Scarmazzo’s Modesto, California, medical marijuana dispensary, California Healthcare Collective, and arrested him and his business partner, Ricardo Montes. The pair had operated legally under Proposition 215 for more than a year. Nevertheless, in 2008 they were convicted of operating a “continuing criminal enterprise.” Scarmazzo was sentenced to twenty-one years and ten months in federal prison, and Montes received a twenty-year sentence. President Barack Obama granted Montes clemency and he was released in May 2017, but Scarmazzo’s petition was denied. In January 2021 he was on the Trump administration’s short list for clemency, but in the final hours someone removed his name.

Scarmazzo has served fourteen years and is not scheduled for release until 2027. A hearing on June 30 will determine the outcome of a recent release motion.

Via telephone, he discussed his situation and prospects for release this year.

MG: Does it surprise you that in 2021 the U.S. continues to hold people in prison for cannabis convictions? Medical cannabis has been legal in California for almost twenty-five years.

Luke Scarmazzo: If you’d told me that when we opened the dispensary in 2004, I would have said no way we’d still be incarcerating people for cannabis seventeen years later. It’s ridiculous. We have close to forty states that have medical cannabis laws now, and sixteen or seventeen that have legalized recreational cannabis. It’s traded on Wall Street. And yet we still have people doing hard time in prison? That’s just crazy.

Read the full article at  https://mgretailer.com/business/legal-politics/luke-scarmazzo-californias-last-federal-medical-marijuana-prisoner?mc_cid=48da711202&mc_eid=764660c572 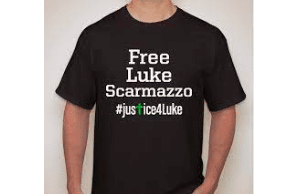