Miami rejects medical cannabis dispensaries. A lawsuit could bring matter to a head

Miami’s city government has rejected cannabis dispensaries since Florida voters approved the creation of a full-fledged medical marijuana marketplace in a 2016 referendum that amended the state Constitution. Instead of creating zoning restrictions to regulate where dispensaries can open, or outright banning them, Miami has created no new laws and relied on an internal legal opinion that the change to the Florida Constitution was moot because federal law continues to categorize marijuana as an illegal substance with no medicinal value.

By contrast, Miami Beach, Coral Gables and other local governments approved zoning regulations that dictate where dispensaries can go, even if they did so begrudgingly.

Dispensaries are storefronts where card-carrying patients certified by the state to treat medical conditions with cannabis can purchase products. There are more than 270 dispensaries in the state of Florida, according to the website FLDispensaries.com.

The city’s resistance to medical cannabis has caused problems for company MRC44, which has sought city approvals since 2019 to open a dispensary at 90 NE 11th St. The city initially denied the company a certificate of use, citing the city attorney’s opinion. Miami’s zoning board recently sided with the company in an appeal, leading city administrators to challenge the board’s decision before the Miami City Commission. 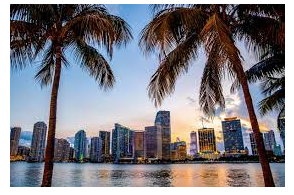