A marijuana processing facility in Bay City had its license suspended indefinitely by the Michigan Marijuana Regulatory Agency on Monday.

“Based on its investigation of the conduct alleged in the formal complaint, the (agency) determined that the safety or health of patrons or employees is jeopardized by” continued operation, the suspension order said.

The facility is operated by MEDfarms, which is listed in state records as 3843 Euclid LLC, and operates Dispo, a marijuana retailer at the same address, 3843 Euclid in Bay City.

The suspension comes after the state on July 8 announced the recall of 10,000 marijuana-infused chocolate edibles sold under the brand name Covert Cups.

Regulators said a compliance check discovered improperly packaged product that wasn’t accompanied by labels to confirm it had been entered into the state’s test tracking system, called METRC. The Michigan Marijuana Regulatory Agency also noted evidence of other safety and production violations, including video footage of an employee repeatedly licking her gloved finger and a spatula used in production of edibles. 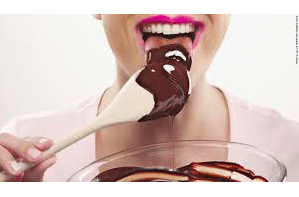