If you wish to re-publish this story please do so with following accreditation
AUTHOR:  By William F. McDevitt, Esq.
PUBLISHER:  CANNABIS LAW REPORT

Legislators in New Jersey, New York and Pennsylvania have expressed concern that legalizing cannabis for recreational or adult use will result in increased incidents of impaired driving. Marijuana impairs a driver’s reaction time, decision-making ability, capacity to accurately track objects, balance and equilibrium. Still, it is difficult to measure when a person is impaired. The intoxicating ingredient in cannabis, tetrahydrocannabinol (THC), is metabolized differently by individuals and remains in the body long after its psychoactive effects have ceased. Currently, there is no way to reliably measure whether a person who has ingested cannabis an hour earlier is impaired because THC concentration does not correlate well with subjective impairment.

A company called DRUID (Driving Under the Influence of Drugs) has created an app for phones and tablets that monitors a person’s ability to perform tasks associated with driving a car. The app was originally developed to study the effects of alcohol intoxication. Test subjects took the test sober, and then imbibed sufficient liquor to raise their blood alcohol levels above .08%, the legal limit for driving under the influence in Massachusetts where the test was performed. DRUID accurately reflected how each test subject’s level of impairment increased as they drank alcohol. Based on these findings, the DRUID app was released to enable people to self-assess whether they were too impaired to drive. 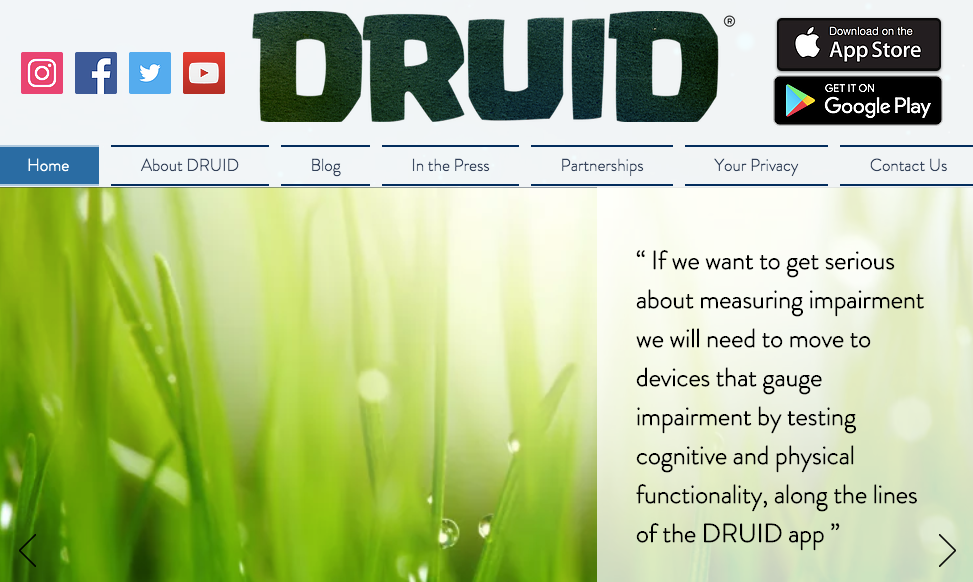 DRUID now markets the app as a means of testing whether a person’s cognitive and motor abilities have been impaired by “cannabis, alcohol, prescription drugs, exhaustion, or any other means.” The company, led by Michael Milburn, Ph.D., a Stanford- and Harvard-trained professor of psychology at the University of Massachusetts, is using the app as a tool in cannabis impairment studies being conducted at Johns Hopkins, Yale and Washington State universities.

DRUID EXPLAIN THEMSELVES IN THEIR OWN WORDS

DRUID does not measure the amount of cannabis a person has used and does not ask the client to disclose why they are using the app. The app client will take several “practice” tests to acclimate to the program, and then take the test to establish a “baseline.” From that point forward, the app will measure the client’s last 10 test results to determine whether he or she is above or below the historic baseline. Clients are advised not to drive if the results are below their baseline to a statistically significant degree.

DRUID shows whether a person is performing within their normal parameters, but it cannot certify that a person is capable of driving a car safely. This mirrors the common problem with all cannabis testing – THC is a fat-soluble substance that is metabolized at different rates depending on various factors ranging from age, gender, weight and muscle mass to THC percentage, method of ingestion, and other unknown factors that are part of our evolving understanding of the human endocannabinoid system. Cannabis affects each individual differently and there is no “universal standard” that allows us to associate an individual app client’s score with a specific level of impairment. So, DRUID does not measure a person’s performance against other drivers, only against their own prior performance.

Despite this limitation, DRUID has received grants from the California and the National Institutes of Health to explore whether a tablet-based driving impairment test can be created. This would be akin to field sobriety tests, but would be based on a computer program rather than oral instructions from a police officer. A computer-based sobriety test could reduce testing bias.

Currently, DRUID cannot reliably measure the possible impairment of anyone unless that person has an established baseline and familiarity with the program. People who have never used the app will be less proficient than experienced clients and will have lower scores. Raw scores are meaningless because there is no established or agreed-on benchmark for impairment; unlike a blood alcohol level, a DRUID test result cannot be generalized. Unless a universal benchmark is established, the interpretation of DRUID’s results would remain subjective, even for people who are familiar with the program.

Although DRUID is compiling a database of its results, it does not store identifying data. Dr. Milburn decided that anonymity was necessary based on questions raised by the Drug Policy Alliance. Results for 10 prior tests are stored on DRUID’s servers, but are accessible only to clients. If a client loses their password or login information, it cannot be retrieved – DRUID cannot access any individual’s account. While it is not a current product feature, DRUID is considering updating the program to store recent data on the client’s tablet, which would allow the program to work without a data connection.

DRUID collects age and gender information, but does not solicit information about weight, prior cannabis use or substance use at the time of any testing. This not only preserves client privacy but also limits the number of variables measured by the DRUID platform. Even though DRUID is compiling a blind database of prior results, it only can correlate answers to other answers in the program, or group results by age and gender. DRUID is considering creating a social networking group to share experience with the product, which might encourage clients to voluntarily provide additional information that would enable DRUID to further refine the program.

The presence of the DRUID app on a person’s phone does not establish that the person is using cannabis (or any other substance). Usually state and local police cannot review the contents of a person’s phone without a warrant or permission from the owner. Similarly, police cannot require someone who has the app to take a DRUID test (though a driver could voluntarily do so).

As state governments struggle with the appropriate means of addressing impaired driving in an increasingly cannabis-friendly world, crowdsourced data collection may be a means of establishing safety benchmarks and metrics. But at present, individual testing such as DRUID can only provide a guideline for the measurement of each client’s individual performance. The universal, objective, unbiased test for cannabis impairment remains elusive. 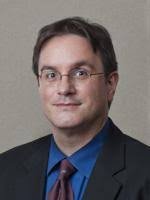