The tussle of state cannabis politics appears to be as cut and thrust as the presidential race in 2020 and the closer we look at things, it appears there’s a deliberate strategy by the Republicans to foster Trump supporting “cannabis candidates” onto the ballot using the Legal Marijuana Now Party as a Trojan horse.

In the past week we received some correspondence from the Legal Marijuana Now Party in Minnesota alleging amongst other things that ..

The leading Grassroots – Legalize Cannabis Party candidate, Oliver Steinberg, has a background of violence and discrediting the peace movement..

So let’s start with the question… who are the 2 candidates on the ballot in Minnesota supporting cannabis legalization?

In the Red Corner we have

In the Blue Corner we have

Read more about Steinberg at the Grassroots site at  https://jackherershero.org/

Vacek has contacted CLR with a number of allegations about Steinberg as we enter the final run up to the elections. 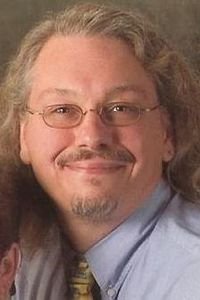 First, as mentioned above, Vacek alleges  Steinberg, has a background of violence and discrediting the peace movement and refers CLR to an article from the NY Times dated May 12 1972 relating to the arrest of Mr Steinberg at the height of the Vietnam / Nixon years. ……It all sounds very MC5 !

The shooting in Madison occurred about 2:30 A.M., the police said, after hours of street fighting, when three policemen followed a car containing three students suspected of having planted Molotov cocktails near an insurance building.

As the patrol car followed the car to the driveway of an apartment building at Dayton and Bedford Streets, eight shots were fired from the building, the police said. One policeman was wounded in the wrist, and the other two—including John Halford, who was hospitalized—were wounded in the shoulder.

The police returned the fire and flushed five men out of the building with tear gas. A 22‐caliber and a .25‐caliber pistol were found. The man charged with three counts of attempted murder was identified as Oliver W. Steinberg, former undergraduate. The three occupants of the car were charged with conspiracy to commit arson.

Vacek then goes on to outline Steinberg’s participation in the forming of the Grassroots cannabis party in Minnesota  in the mid 1990’s and the party’s subsequent reiterations through to now, writing…………

The original Grassroots Party had been co-founded by Steinberg in 1986 and by 1994 had grown enough to attract coalitions with other interest groups. This was something Steinberg didn’t like. In particular, working alongside gay activists is something Oliver Steinberg won’t tolerate. (Steinberg’s homophobia may have been compounded by his experience in jail.

When Steinberg’s Grassroots Party in 2010-2012 got very few votes, it was Oliver Steinberg who changed the name of the party in 2014. Basically a new, schizophrenic “hybrid” party, founded by Steinberg in 2014.

So why are we telling you this?

We know why Vacek is telling us.. politics is politics !

The following video recently published to You Tube 18 September  suggests that Steinberg (his own words) isn’t actually standing for the Senate although his website suggests he still is.

Is he just trying to conquer and divide in local cannabis politics ?

Meanwhile all is not exactly hunky dory at the  Legal Marijuana Now Party, either. According to the following report in Ganjapreneur dated 28 September 2020 the party is rife with mystery and intrigue most of which has little to do with cannabis

The death of Legal Marijuana Now Party candidate Adam Charles Weeks is forcing Minnesota to delay its Second Congressional District election until February 9, the Star Tribune reports. Under state law, “if a major party nominee dies within 79 days of Election Day a special election must be held on the second Tuesday of February,” Secretary of State Steve Simon said in a statement following Weeks’ death.

Kevin O’Connor, the Legal Marijuana Now candidate for U.S. Senate, called Weeks’ death at 38-years-old “a sad and sudden thing.” Weeks, an organic farmer from Red Wing, was facing off against Democratic U.S. Rep. Angie Craig and Republican candidate Tyler Kistner in what is expected to be one of the more competitive congressional races in Minnesota.

In a statement, Craig said she was “deeply saddened to hear the tragic news” of Weeks’ passing.

Kistner called Weeks “a passionate advocate for the causes he believed in.”

Voters in the state can still cast their ballot for the U.S. House race on mail-in ballots or at the polls, but those votes will not count. Craig’s term ends January 3 and the seat will remain vacant until after the winner of the February election is sworn in.

In 2018, the Legal Marijuana Now Party garnered 5 percent of the vote statewide, pushing it to major-party status in the state.

A Minnesota Reformer report in June found that Republican operatives had recruited GOP-leaning candidates for the Legal Marijuana Now Party line – including Weeks who had supported President Donald Trump and Republicans in both the 2016 and 2018 election cycles. In an interview with the Reformer, Weeks walked back his support of Trump, saying he was “wrong” about his support for the president.

Legal Marijuana Now Party candidate for State Senate Robyn Smith, said that while she believes cannabis should be legalized, her social media campaign focuses on supporting Trump and other right-wing causes, according to the Reformer report. Tyler Becvar, who is vying for Democrat Sen. Dan Sparks’ seat under the Legal Marijuana Now Party banner is also a Trump supporter and his Facebook page contains posts attacking Democrats and spreading conspiracies about George Soros, a longtime donor to Democrats, and the party, according to the report.

Marty Super, outgoing chair of Legal Marijuana Now Party, said that the fledgling party was concerned about it being coopted once it achieved major-party status because anyone can file for candidacy under the banner without having to collect signatures to get on the ballot.

Again as Ganjapreneur reported back in mid June

Multiple pro-cannabis candidates in Minnesota appear to be Republicans running on progressive legalization platforms in an effort to siphon Democrat votes in the coming election.

Some legalize cannabis candidates are giving off very MAGA vibes

These snippets should set the tone

Although Smith said in a Reformer interview that she thinks cannabis should be legal, she also acknowledged she had been recruited to run on the marijuana ticket by a Republican, though she declined to name the person.

Asked about her support for Trump, she criticized Democrats who oppose him: “Every time you turn around they’re trying to criticize him or get him impeached. The Democrats are a bunch of phonies,” she said.

A Rae Hart Anderson tweeting with the handle @GodisHere2day4U continues to keep the MAGA faith, including a photo of Trump and First Lady Melania Trump as her background. 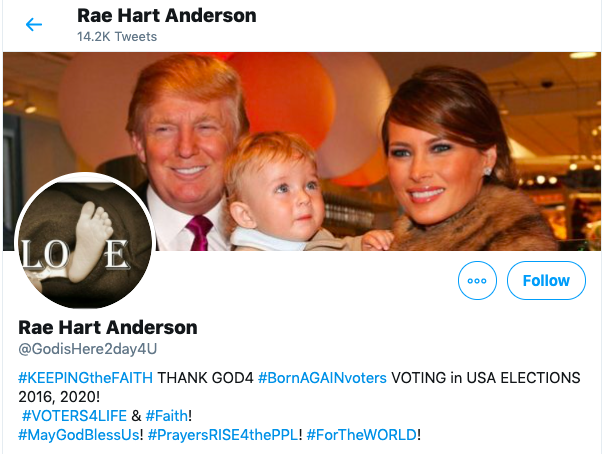 Rae Hart Anderson ran for the U.S. Senate as a Republican in 2018. Now she’s running on a legal marijuana ticket.

What you won’t find her talking about is marijuana policy, even though she’s running in a primary to be the standard bearer for the Grassroots-Legalize Cannabis Party.

Read the full report at https://minnesotareformer.com/2020/06/15/some-legalize-cannabis-candidates-are-giving-off-a-very-maga-vibe/

We’ll finish with some links for Kevin O’Conner and the Legal Marijuana Now Party  MN and leave you to make your mind up as to whether he’s just a stooge for the Trump version of the GOP or a genuine cannabis candidate.

We reached out to all Minnesota candidates running for U.S Senate and U.S Congress this fall. Candidates were asked to provide a two-minute video discussing their platform as well as answer a set of our viewers’ questions. 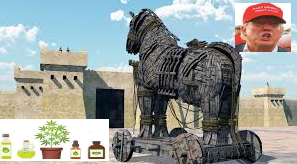