A historic vote is happening at the Minnesota State Capitol on Thursday afternoon.

The Minnesota House, controlled by the DFL Party, is expected to pass a bill legalizing recreational marijuana.

The measure, HF 600, has gone through 12 House committees over the last few months. Some House Republicans have supported it.

The legislation would automatically expunge the records of those with non-violent misdemeanor marijuana convictions.

House Majority Leader Ryan Winkler (DFL-Golden Valley) authored the bill and has been leading the effort. During an April House committee hearing, he said the bill “is in recognition of the major racial disparities in how our current drug laws are enforced.” 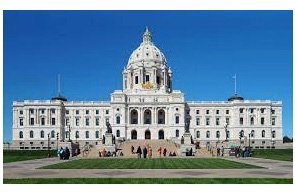