Mississippi’s fledgling Medical Cannabis Program will have a new director starting next week, according to a state Health Department letter obtained by Mississippi Today.

“Ms. Adcock was promoted – due to her excellent qualifications and ability to effectively develop and produce successful program areas within the Agency,” Department of Health spokesperson Liz Sharlot said in a statement. “Ms. Adcock will continue to maintain authority and oversight within the MMCP Program.”

Mississippi Today obtained another letter dated Nov. 29 that announced Adcock assumed a new position on Dec. 1 as the Department of Health’s assistant senior deputy. That position requires her to work alongside Senior Director Jim Craig in the department’s central offices.

That November letter, written by State Health Officer Dr. Daniel Edney, states Adcock would continue her existing roles – as head of the cannabis program and another department office focused on domestic violence – “during the transition.”

That means for the last five weeks, Adcock has been wearing three hats. Adcock was still working for the domestic violence office when she first took on the medical cannabis program last year.

“Mrs. Goodson brings a wealth of knowledge, legal and management experience to the program,” Adcock writes in her letter announcing the change. “I will continue to work with Mrs. Goodson to ensure continuity in the program.”

The letter also says the office will work quickly to fill the legal position Goodson held.

Goodson will still report to Adcock in her new position, according to the Health Department.

The leadership change comes as Mississippi’s first batches of legal cannabis are nearing entry to the market.

This week, the state gave the first lab – Steep Hill in Flowood – the greenlight to begin testing marijuana flower so it can be approved for sale.

The Health Department’s medical cannabis office has been under some scrutiny since October, when the surge of applications for licenses hit a bottleneck. The office charged with licensing cultivators, workers and labs had only three staffers and no investigators.

The Health Department said at that time it was trying to fill 25 positions for its medical marijuana program and had three more workers scheduled to start by Nov. 1. 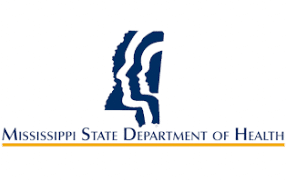