A strong majority oppose last week’s state Supreme Court decision striking down both a voter initiative that approved medical marijuana and the entire process that Mississippians can gather signatures to place an issue on the ballot for voters to decide.

The poll also found strong support for Gov. Tate Reeves calling a special session to give legislators the opportunity to reverse the actions of the Supreme Court. While Reeves has not called a special session, a diverse set of politicians ranging from Republicans Speaker Philip Gunn and Secretary of State Michael Watson to Democratic Northern District Public Service Commissioner Brandon Presley to House Democratic Leader Robert Johnson have voiced support for one. Lt. Gov. Delbert Hosemann, who presides over the Senate, has not commented on whether he supports a special session.

The Supreme Court took the rare step of releasing the controversial decision on Friday afternoon. The poll was conducted quickly after that by Mississippi-based Chism Strategies. Chism had done work for supporters of the medical marijuana initiative that was approved by voters this past November.

The poll found almost 60.9 percent of respondents opposed the Supreme Court decision while 22.3 percent support it. In addition, 59.6 percent support the governor calling a special session on medical marijuana while 20.2 percent oppose such an effort.

Of the 905 Mississippians polled, 69.3 percent voted in favor of medical marijuana this past November while 25.2 percent opposed the initiative. On the November ballot, there were two medical marijuana initiatives: the citizen-sponsored proposal and a legislative alternative. The first question on the ballot asked voters whether they approved either. In November, 68.5 percent of voters said they did support one of the two, correlating closely to the 69.2 percent in the poll saying they voted in favor of medical marijuana. 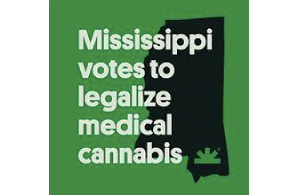