There was a lot of catching up to do. He’d missed the birth of his son, having been taken into custody a few weeks before, in February.

And his “crime,” which cost him his liberty? He’s a registered medical marijuana patient, serving probation for… a marijuana charge. He initially got in trouble with the law for a possession charge back in August 2019, and went to prison for a short spell in 2020 after getting kicked out of drug court for smoking joints. In order to stay safe while on probation, he obtained a medical marijuana card, as is his constitutional right in Missouri.

Yet after a pee test came up positive for THC, that was enough for his probation officer to send him to prison. In court, they told him it’s a privilege to be on probation and that in the future, they are most likely not going to offer probation to medical marijuana patients.

Breer was one of many drug-war prisoners in the Show-Me State supported by the Canna Convict Project (CCP), which brought in expert witnesses to try and sway his case. 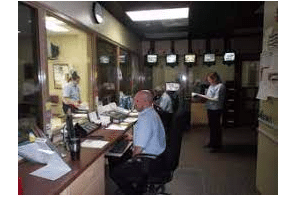