Missouri voters would decide in 2022 whether to legalize marijuana for adult use if lawmakers approve a Ballwin Republican’s plan.

Rep. Shamed Dogan on Tuesday filed legislation asking voters to amend the state constitution in order to legalize the drug.

Though Dogan, in his proposal, leaves in place a medical marijuana program, he seeks to completely scrap the text of the 2018 constitutional amendment authorizing the program, leaving no mention of the business applicant scoring process and license caps that have generated controversy.

The licensing process drew complaints that the state had unfairly limited competition in the fledgling marijuana marketplace, leading to higher prices, a slower rollout and limited minority participation in the program.

Dogan’s plan outlines a licensing process no more stringent than licensing for other businesses.

“No special licensing shall be required beyond that which is applicable for the cultivating, harvesting, processing, manufacturing, packaging, distributing, transferring, displaying, or possession of any nontoxic food or food product,” it says.

He said support for marijuana legalization has grown in the GOP-dominated Legislature, with “increasing recognition” that “voters increasingly support ending marijuana prohibition.”

Dogan said the Legislature should put its own question on the 2022 ballot, ensuring lawmakers have some say in any eventual program.

He said there’s “pretty wide recognition” that an adult-use marijuana question will appear on the ballot no matter what lawmakers do, hinting that the same forces that pushed the 2018 question will back similar language in 2022.

“People might want to take the opportunity to have us take a leading role in this and to craft something that’s not going to be burdensome,” Dogan said.

He said the current system is “too burdensome and too bureaucratic” and “favors certain people in the market over others who want to get into the market.” 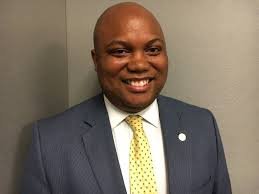