The reports goes on to say

But the problems don’t stop there, testing lab officials and regulators contend.

Some marijuana businesses – such as growers, processors and manufacturers – are shopping around for labs that will give them the results they want to see in the way of THC potency and contaminants, according to industry officials.

Other cannabis businesses are said to be sending in samples of their marijuana that have been adulterated with spray-on cannabis oil or dusted with THC crystals to give the impression of a higher THC content, among other practices.

Regulators, meanwhile, are shuttering testing labs for allegedly reporting results that don’t match up with audits.

Earlier this month, the Washington State Liquor and Cannabis Board (LCB) suspended the license of Praxis Laboratory for allegedly falsifying testing data on more than 1,200 samples of cannabis by providing higher THC numbers than tests actually found. 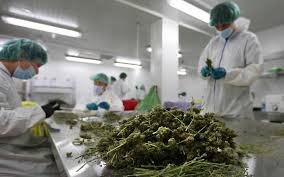