A pair of Rhode Island Senate committees on Thursday held a joint hearing on two marijuana legalization proposals—including one proposed by the governor—as well as several bills to reform the state’s existing medical cannabis program.

The Senate Judiciary and Finance Committees heard testimony from administration officials on Gov. Dan McKee’s (D) budget measure as well as legislative leaders sponsoring the competing bill. While the panels did not immediately vote on either proposal, members generally discussed legalization as an inevitability in the state, especially with neighboring states enacting the reform, That said, there were a number of questions raised about issues such as impaired driving and licensing rules.

“I think now is the time and, hopefully, we’re able to work with the administration and all the parties involved to come up with a piece of legislation that will pass this year,” Senate Majority Leader Michael McCaffrey (D) said in his opening statement.

In March 2021, Gov. Dan McKee unveiled a budget proposal for the 2022 Fiscal Year that includes legislation to legalize, regulate, and tax cannabis for adults’ use (Article 11 of Gov. McKee’s FY 2022 Budget). 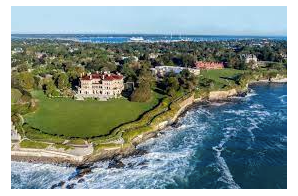